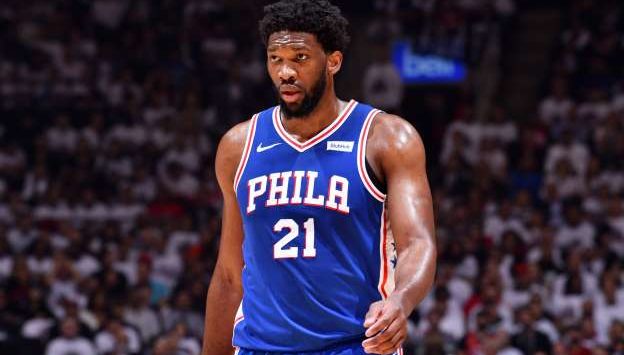 With Back-to-Backs at an All-Time Low, Which Stars Will Keep Resting?

Earlier in the week, the NBA unveiled the regular season schedule for all 30 NBA teams.

This year’s 82 game schedule will once again see a drastic decrease in back-to-backs, as now NBA teams will play an average of four such games in the 2019-20 season. For a third straight year, the concept of playing four games in five nights has been eliminated completely.

As the NBA season is set to begin on October 22, many fans will enter the year hopeful that the reduction in back-to-back games could mean that their favourite players will play as often as possible as opposed to taking nights off for “load management”. And with that being said, there will still be stars resting frequently as teams will look to position themselves to enter the 2020 postseason healthy and ready.

Sorry, not sorry NBA fans so let’s take a quick look at five players who will more than likely be load managing a fair bit this upcoming year.

Just 36 games into the season, Oladipo suffered a horrific leg injury, costing him the remainder of the season.

In an attempt to follow up his best career season, Oladipo was relegated to focusing on rehab rather than pushing his Pacers team towards a deep playoff push. Oladipo is expected to be back at the start of the season, but how the Pacers manage their All-Star’s usage will be interesting.

NBA teams understand that health in the postseason is most important and doing anything to maintain Oladipo’s health and optimize his performance levels at the most crucial point in the year will be key.

A big man who has sustained serious lower half injuries will scare any team.

Kristaps Porzingis has not played since being named an All-Star in the 2017-18 season. That season he only suited up in 48 games before tearing his ACL. The year prior he only played in 66 games after playing in 72 games as a rookie.

With a young core in place in Dallas, the Mavericks will be very careful with Porzingis as he makes his return to the court for the first time since his major knee injury. Especially in the wake of yet another serious injury to fellow big man DeMarcus Cousins, it is fair to expect NBA teams to become very careful with their centers during the regular season.

Between 60 and 70 games is a realistic expectation for Porzingis, assuming he stays healthy this season.

The addition of Al Horford will go a long way for the Sixers.

Not only have they built one of the strongest starting lineups in the entire NBA, the Sixers have become one of the more superior two-way teams, at least on paper, in the entire league. Moreover, the addition of Horford will allow the Sixers to give Embiid tentatively planned rest days throughout the season.

Drafted in 2014, Embiid missed his first two NBA seasons after which he played 31 games in his inaugural rookie campaign, and then 63 in the following year and 64 the year after that. It’s fair to assume that Embiid will never be that guy who logs in 75-plus games a season, nor does he have to be if the talent around him allows him to monitor his usage throughout the regular season.

When healthy, he may just be the best big man in the game and the Sixers need that healthy side of Embiid most starting in April.

For the first time in his NBA career, LeBron James appeared to be mortal as the greatest NBA player to ever step onto the court, yeah I said it, suffered a rather series injury.

Still putting up godly numbers in his 16th NBA season, James only played in 55 games last year, although when he did play, he was tasked with playing a heavy load of 35.2 minutes per game. With Anthony Davis in the fold, the Lakers should be able to give James a little bit more leeway on when to rest and when to put it in gear.

Let’s not forget, James is entering his 17th season. It only gets tougher from here.

The one who started it all!

Often times when you heard Leonard speak out about load management, especially during the playoffs, it sounded like he was going to get run over by a bus if he played just a few extra games during the season. Obviously, we do not know the extent of his lower body injury, but what we do know is that all this load management stuff paid off at the end for the NBA champion Toronto Raptors.

Kawhi missed 22 games during the regular season and looked unstoppable in the postseason. Expect Leonard to receive similar treatment with the Los Angeles Clippers.