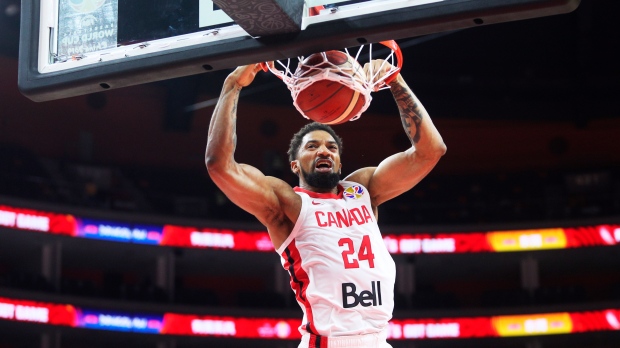 By no means was this the way the Canadians planned the FIBA World Cup to pan out.

If you would have asked head coach Nick Nurse and team executive Rowan Barrett in June, the duo would have assured you that their confidence is as high as it has ever been in the history of the national program. Fast forward a couple of months after numerous drop outs, the Canadians are packing their bags and heading west, back home after going 1-2 in group play.

They were unable to pull one out against the favoured Australians and then were outclassed by the Lithuanians, spelling the end of their gold medal hopes. Nevertheless, on Thursday morning, the Canucks were able to salvage a World Cup win against Senegal, marking their first ever tournament victory.

“It’s always good when there’s a little bit of light at the end of the tunnel, that’s always good,” said Cory Joseph, who led the Canadians with 24 points in the 82-60 win.

An important first win for the program came against a nation that has lost by a combined 67 points in its first two tournament games. The Canadians fell behind early on, being down double digits after the first quarter, but outmatched Senegal 71-38 for the remainder of the contest.

“We leave here with some confidence off a win, and got a couple of games to play, and we gotta go play them,” coach Nurse said.

Rounding out the scoring, Melvin Ejim finished with 11 points and eight rebounds, Kevin Pangos had a good bounce back game with 13 points of his own, while Khem Birch grabbed 10 boards in the victory.

“Obviously [Thursday’s win] keeps our Olympic qualifying tournament opportunities alive, and I think it just infuses us with a little bit of positive energy around,” said Ejim. “We’ve obviously been down those last two games, but every time you get a win and you realize that it’s not that bad, we have goals in front of us that are still attainable, I think tends to change the direction we were going in. This [win] is going to be big for us going into these next two games.”

The focus now turns to the 2020 Olympics as the Canadians will face an uphill battle if they hope to qualify.