Update on the All-Stars 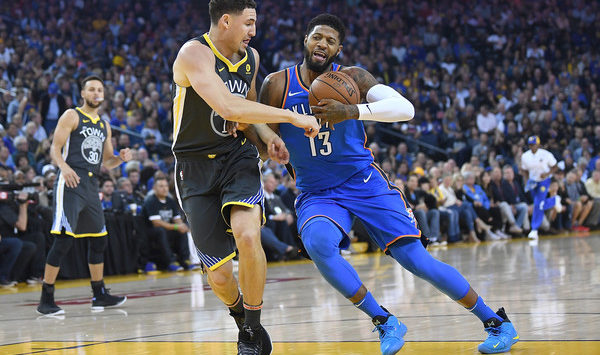 As expected a couple of NBA stars are set to miss the beginning of the NBA season.

While Kevin Durant has been all but ruled out for the entirety of the 2019-20 campaign, his former teammate Klay Thompson is slated to return at some point after the All-Star break as he continues to rehab a knee injury. The Golden State Warriors All-Star shooting guard tore his ACL in Game 6 of the 2019 NBA Finals.

Meanwhile, Kawhi Leonard will begin his Los Angeles Clippers tenure without his co-star Paul George, who will miss an early slate of games and is expected to be back in the fold sometime in November, or “November-ish” as George said himself in an interview with Ramona Shelburne of ESPN. George underwent surgery on both shoulders following the Oklahoma City Thunder first round exit this past Spring. During an appearance on NBA TV, George stated that he was at 85-90% in his progress.

The Western Conference is expected to be an absolute free-for-all this season with the mass amount of exceptional teams. The pressure will be on the Clippers and Warriors to stay afloat as they await the return of their superstars.