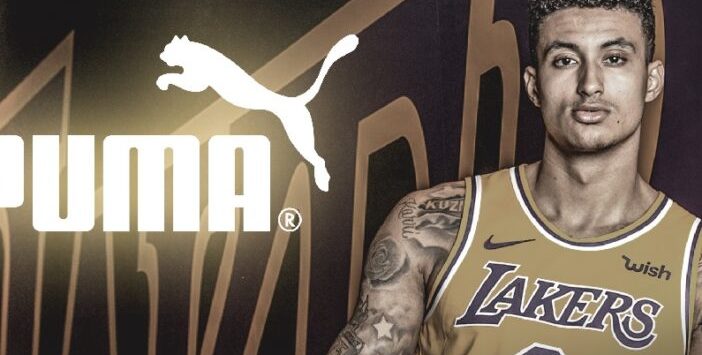 Move over Danny Green and DeMarcus Cousins as the Los Angeles Lakers now have a third Puma athlete.

On Wednesday, Kyle Kuzma signed a five-year endorsement deal with the shoe brand worth $15-million. Puma has been very diligent over the past couple of offseasons building up their basketball profile by signing a plethora of young, high upside names such as DeAndre Ayton and Marvin Bagley, the top two picks in the 2018 NBA Draft. This past summer, Puma brought 2019 third overall pick RJ Barrett in as well.

The dormant basketball shoe market giant is beginning to grow at a rapid pace.

Kuzma, who wore Nike sneakers for the first two seasons of his career was rocking a pair of Pumas during Lakers media day on Friday prior to the announcement of the new deal.

With the combination of his personality, swagger, and noteworthy fashion, Kuzma may very well become the new face of Puma. The young star is also a Laker, a part of one of the most storied franchises in all of sports, which most definitely plays. The self-proclaimed “hand of the king” will look to be a key player on the shoe market.

Puma’s got another one!