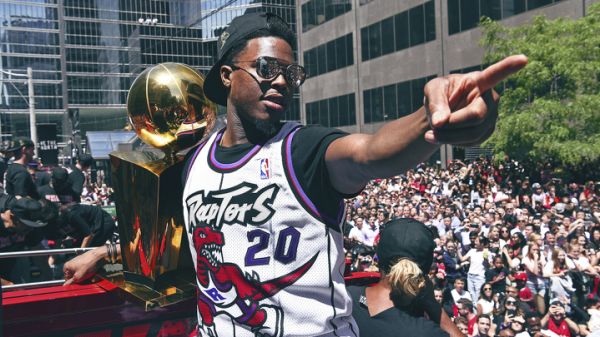 With all eyes on Pascal Siakam impending contract, Toronto Raptor fans woke up surprised to see that Kyle Lowry has inked an extension with the franchise.

Entering the final year of his deal, the 33-year old signed a one-year, $31-million extension with the organization. The five-time All-Star is now guaranteed to remain with the Raptors for at least two years, barring any unforeseen trade. Lowry has been a large part of the franchise for the past seven-years and was a pivotal figure not only in pushing the Raptors back to relevancy, but helping take them over the edge and capture the franchise’s first championship.

“We are so appreciative of how Masai and Bobby handled every aspect of this negotiation,” Lowry’s agent Mark Bartelstein told ESPN’s Adrian Wojnarowski. “Once again, they displayed how they look after their players in a first-class manner, especially someone like Kyle who they recognize has such a legacy with the franchise.”

The extension will allow Lowry to earn $64-million over the next two years, while allowing the Raptors to maintain their cap flexibility heading into 2021 free agency, which at this point still includes Giannis Antetokounmpo.

“Kyle has an incredible legacy here that we have all underrated,” Ujiri said back on the Raptors’ media day. “The inner core of who he is as a player and what he’s done in this franchise, he deserves that. There’s legacy status for him.”

With an extension finalized, Lowry’s legacy with the Raptors is far from over.