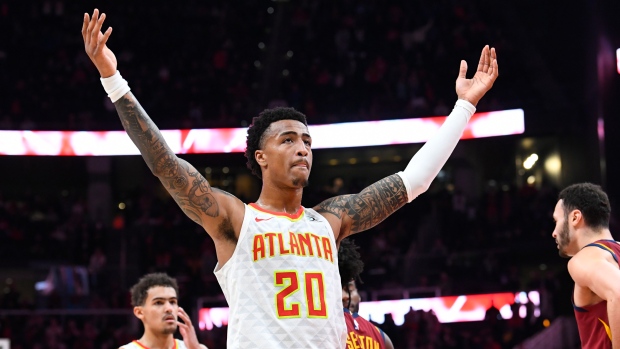 Atlanta Hawks big man John Collins has been suspended by the league for 25 games for violating the NBA’s substance abuse policy.

The 22-year old becomes the second big NBA name to be caught for PED use this season. DeAndre Ayton of the Phoenix Suns received a 25-game suspension of his own last week. According to reports, Collins tested positive for Growth Hormone Releasing Peptide 2. He, nor the Hawks, have yet to release a statement on his impending suspension.

Through five games, Collins has had a strong showing, averaging 17.0 points and 8.8 rebounds per game while shooting 51.6% from the field. He will be eligible to return on December 23 when the Hawks play the Cleveland Cavaliers.

With Trae Young nursing an early season injury, the loss of Collins is a big one for the young Hawks.