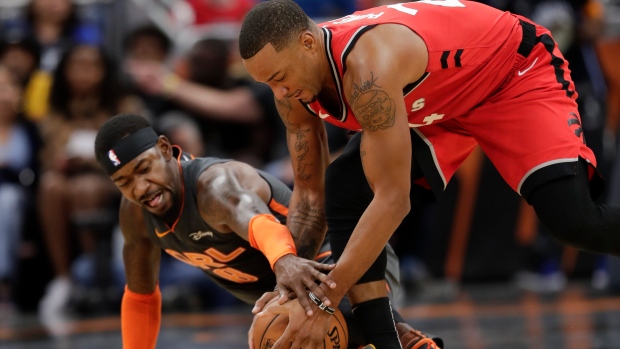 This may surprise you, but the Orlando Magic really are quite similar to the Toronto Raptors.

Especially when the athletic Canuck Khem Birch fills in at the five for the more crafty All-Star center Nikola Vucevic. Now, I’m not saying that the Magic are on the same level as the Raptors, far from it, but defensively, they find their success much like the Raptors do.

The Raptors and the Magic are two of the league’s best defensive teams and they do with their length and athleticism, which allows them to trap the ball-handler, while still defend one pass away. They are able to help out defensively, while using their length to close out on shooters in the case of a kick out. On the interior, they have shot blockers and size, making it incredibly difficult to score on them.

The Raptors are the same way and with Birch in and Vucevic out, and the Raptors missing a number of regulars including Kyle Lowry, this matchup was destined to be dictated by the defense as well as opportunistic offense.

For the Raptors, that offense came in the form of Norman Powell, who poured in a career-high 33 points, helping the Raptors take a second half lead, which they would not relinquish.

“Sometimes a guy just finds a groove in the middle of the game when nobody else has any flow going,” said Fred VanFleet, who added 22 points in the 90-83 win. . “So you want to ride that out as long as you can. Norm took over the offence by himself.”

Powell essentially took over the entire third quarter, hitting seven of nine shots, including three three-pointers on a night where the Raptors struggled for every perimeter shot.

“You stay in the moment and let plays come to you, continue to shoot and live with the result,” Powell said. “Everybody is being really tied into what we are doing (defensively), how we are changing defences, where we need to be, helping one another, talking, communicating, coming out of timeouts. When we see where an adjustment needs to be made, we were able to pick it up in the second half.”

Defense continues to be the team’s calling card as the Raptors were able to make the necessary stops in the third quarter to work their way back into the game and grab hold of a lead.

“We had a stretch of 12 consecutive stops in the third quarter,” Raptors head coach Nick Nurse said. “That’s about as high as it gets. It was excellent. We didn’t shoot the ball well, we didn’t play well. I was happy when we got to the locker room only down seven.”

At 14-4, the Raptors are feeling good after racking up their sixth straight victory, but things are expected to get tough as they open up what should be an interesting four-game stretch against the Utah Jazz on Sunday evening.