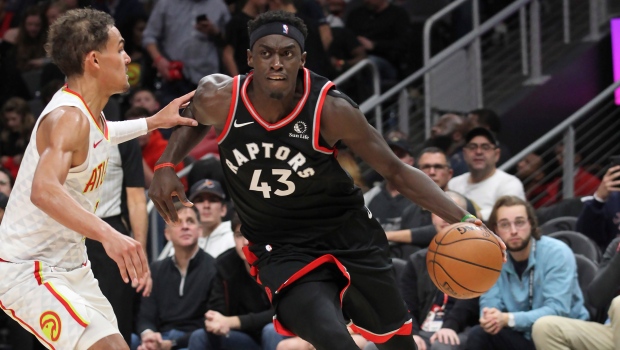 Sometimes you have to win ugly.

Not every game will be a breeze and the young Atlanta Hawks learned that exact lesson on Saturday evening. Going blow for blow with the defending NBA champions, the Trae Young-led Hawks looked like the better team for the majority of the night until the Raptors pieced together ten good minutes, closing out the third quarter strong and taking control of the game in the fourth.

What helped the Raptors get back on track?

The defense came alive after giving up 61 points in an ugly first half. Slowly, the Raptors started to get it going, even getting after it on the glass.

“That’s the name of the game,” Fred VanVleet said after the 119-116 victory. “We track how many consecutive stops we got. We came out of the half and had two stops, two 3s and just built from there.”

VanVleet would finish the night with 25 points, going head-to-head with Hawks phenom Young, who totalled a 30 point, 10 assist, and 10 rebound triple-double. Unfortunately, it was not enough, as a very late Hawks push came just short, allowing the Raptors to escape Atlanta with the win.

“It sucks that we lost, but if we play like, it’s going to be tough to beat us,” Young said. “Obviously, we were down a couple of guys, but the way we played tonight, if we play like that, we can turn things around. We’ve got to do that every night.”

On a night where the Raptors failed to find consistency time and time again, it was Pascal Siakam who came up big for the team yet again. Finishing with 34 points, Siakam scored 22 points in the second half, abusing the Hawks from just about anywhere on the floor. Jabari Parker was unable to keep up with Siakam’s quickness and Siakam’s ability too hit from the perimeter and create space off the dribbled proved to be  too much for the young Hawks to handle.

It was a night that shouldn’t have brought as much difficulty to the Raptors as it did, but the hat must be tipped in the Hawks’ direction for throwing everything including the kitchen’s sink in the Raptors’ way.

“I thought we were thinking maybe it was going to be a little easier than you do on a normal NBA night, which is a mistake,” head coach Nick Nurse said. “I thought we played one-on-one early and didn’t hustle back on D early and didn’t execute our schemes very well. We were kind of chasing that, but saying that, sometimes you’ve got to find a way to win it, and give the guys all the credit in the world for that because it was a tough game.”

As the Raptors return home for a big matchup against the Philadelphia Sixers, the Raptors are reportedly expecting to have Kyle Lowry and Serge Ibaka both back in the fold within the next week.