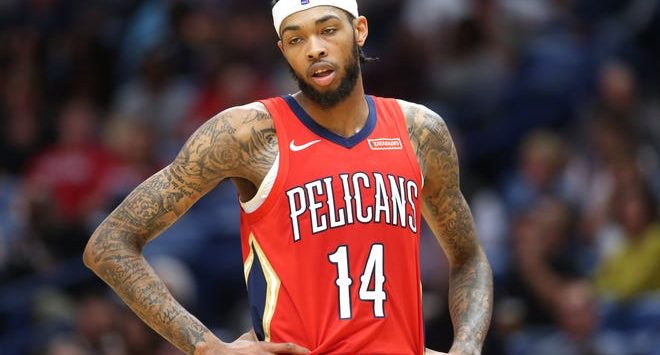 Pelican’s Brandon Ingram Tapping into His Potential in New Orleans

Brandon Ingram is here to stay.

After an underwhelming start to his career with the Los Angeles Lakers, Ingram has finally tapped into his monstrous potential in his first year with the New Orleans Pelicans. Drafted second overall in 2016, one slot behind Ben Simmons, Ingram was comped to the likes of Kevin Durant coming out of Duke, but has failed to make any sort of noise in his first three seasons.

Now, Ingram is here and boy is he incredibly good.

Sometimes it’s easy to forget how young he was with the Lakers, having his age get overshadowed by the lofty expectations attached to him ever since college.

Hell, he just turned 22 years old just before the start of the season and he’s been balling. Currently averaging 24.9 points and 7.1 rebounds per game, Ingram is shooting 49-percent from the field, and 41-percent from long range. Moreover, he is boasting a career-high 60.1 true shooting percentage and it’s coming at the perfect time as Ingram is set to enter restricted free agency this upcoming offseason.

“Oh, he’s going to get the max,” said Zach Lowe of ESPN. “I don’t think there’s any question about that. By the way, I don’t fault the Pelicans for not extending him.”

Both sides were unable to come to terms prior to the October deadline.