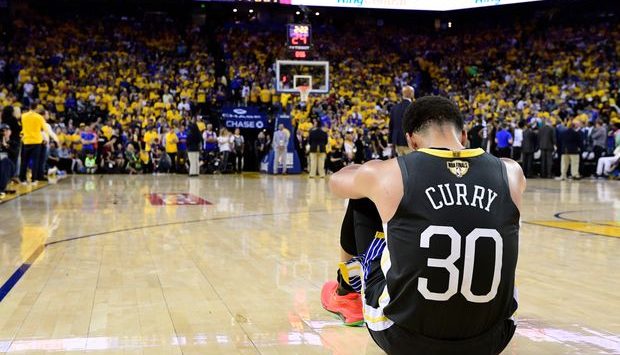 It’s been a trying year for the Golden State Warriors.

After failing to win a third straight NBA championship, they lost Kevin Durant in free agency and seem to have lost both Steph Curry and Klay Thompson for the season due to injury. They are losing nationally televised games and are currently sitting at 4-19 in their first year in a new arena.

But with that being said, it’s best to not count out one of the smartest organizations in all of sports. In fact, many rival NBA executives are worried that Warriors are set to load up after taking a strategic “gap year”.

“The people I talk to around the league are really worried they are going to trade that first-round pick, the 2020 pick, because if they load up with an All-Star-type player with that pick, they are terrified,” Tom Haberstroh said during the Warriors-Hornets telecast on Wednesday. “Or if they land a Luka Doncic in the draft, they’re terrified. So that 2020 pick, adding to the group they have established here with [Eric] Paschall stepping in right away, man, I think every team is going to try to do a gap year.”

The Warriors will be in line to receiving a high first round pick in the upcoming June Draft if their level of play persists. They can obviously choose to either trade the pick or use it to select a top prospect. That in conjunction with the returns of the Splash Brothers next year can skyrocket the Warriors back into contention.

Moreover, the Warriors will have a taxpayer taxpayer exception worth around $17 million and a taxpayer mid-level exception.

Eyes on the Future