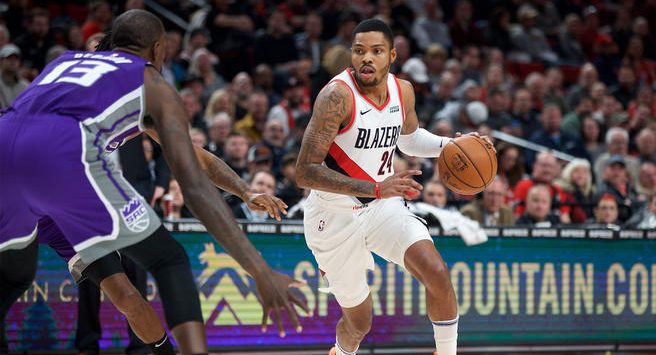 With the Sacramento Kings sitting in the midst of yet another disappointing season, the organization has acquired Kent Bazemore and Anthony Tolliver from the Portland Trailblazers in a five-player deal.

Going the other way is a package of veteran swingman Trevor Ariza, Purdue standout Caleb Swanigan, and Wenyen Gabriel. The Kings acquire a 2024 and 2025 second round pick as part of the deal as well according to The Athletic’s Sam Amick. The move allows the Blazers to save $12.3 million dollars and cut their luxury tax bill in half, while the Kings acquire an extra roster spot along with future assets.

Both Bazemore and Tolliver hold expiring contracts, while Ariza has an option for next season.

Acquired over the offseason from the Atlanta Hawks, Bazemore has averaged 7.9 points per game with the Blazers across 43 appearances. Meanwhile, Ariza is averaging six points per game on 38.8-percent shooting. The deal itself cannot be officially completed until January 21 because Gabriel has a signing restriction attached to his contract.

Three games out of a playoff spot, the Blazers may not be done dealing just yet.