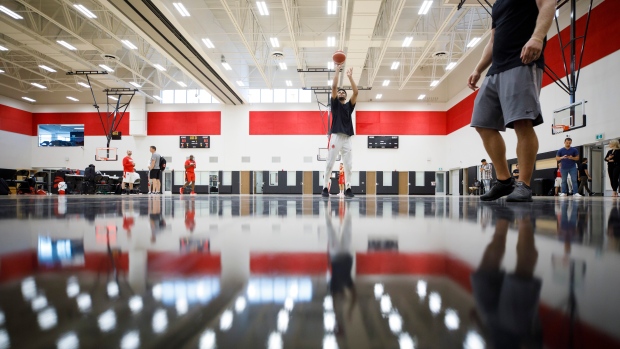 In an effort to get players back into the gym, the NBA will allow teams to re-open practice facilities for players in areas in which social distancing rules are set to ease as of May 1.

According to Adrian Wojnarowski of ESPN, teams will have the ability to begin hosting individual workouts, while group practices will remain prohibited by the league. The re-opening of facilities should not suggest that there is any certainty on when or if the league will return to play.

NBA's decision on opening practice facilities to players in markets where governments may be loosening stay-at-home orders doesn't mean a resumption of season is imminent. The NBA is still unsure on if/when it can play again. But getting players safely into gyms was a priority.

In his report, Woj noted that numerous players have asked their respective teams whether they should travel to states that will begin opening up certain business. The NBA and its team prefer players to remain at team-owned facilities, staying away from public fitness centers.

More news are certain to come from the league in regards to the future of its season as we roll into the month of May.