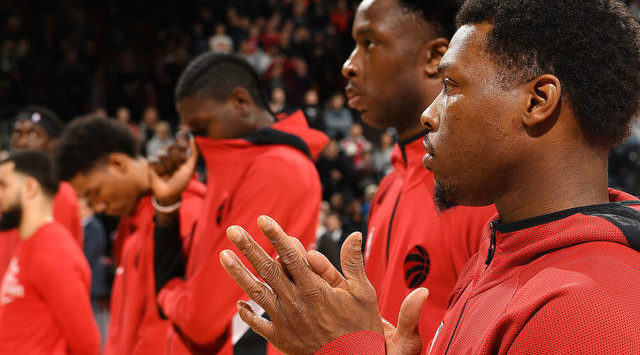 The Toronto Raptors are the only non-American team in the NBA, but they still plan to follow a similar plan as the rest of the league when it comes to the anthem.

According to head coach Nick Nurse, the reigning champions will treat the national anthem as “one long song” ahead of their first official game in the bubble on Saturday when they take on the Los Angeles Lakers. Racism, is of course not just an issue in America, but something still very prevalent in Canada and the Raptors plan to leave a statement as well.

“We certainly have our issues with police brutality in Canada,” said Nurse. “We don’t want anyone to confuse that, it’s certainly an area Canada needs to work on as well.”

That being said, Nurse believes that the playing of both the Canadian and American anthem on Saturday will present a slightly different moment.

Kyle Lowry, who was present at the Los Angeles Lakers-Los Angeles Clippers game on Thursday night commented that the pre-game moment was “beautiful”.

The Raptors are eager to continue the conversation going.