Assembling the Greatest Present-Day Roster in the NBA

Basketball is played at the highest level in the National Basketball Association. Since its inception, the league has been home to the most talented basketball players in the world. But what if that wasn’t the case?

Humans have long held the belief that we aren’t the only sentient beings in the universe, and it seems like the possibility of coming across extraterrestrials is a matter of when it’ll happen as opposed to if it will ever happen.

Entertain the possibility. What if we aren’t the only beings in the universe that play basketball. What if extraterrestrials land on earth one day, and challenge the humans to a winner-take-all basketball game?

The stakes are extraterrestrials taking over the world if the roster of humans loses the game. Think Avengers Endgame, but we’re playing basketball.

That’s why this roster of players, the best possible roster assembled, would play in the game versus the extraterrestrials. It’s a must-win game, and earth has to send the best players currently in the middle of their professional basketball careers.

A couple of caveats have to be explained before the roster is layed out. Firstly, the team has to be a functional lineup that can work well together. The ability for players to play with and without the ball is crucial in most NBA systems, as having many players on the same roster be ball-dominant is a recipe for disaster.

A mix of solid defenders, shooting, and size is especially important in today’s league as well. Overall, this roster emphasizes both offensive, and defensive versatility, while also featuring players that can alternate ball handling, with one main facilitator.

We’re also discounting any major injuries, since this what-if scenario is already considering the possibility of extraterrestrials playing basketball. We’re simply putting the best talents that mesh well together, on the floor to play a must-win basketball game. 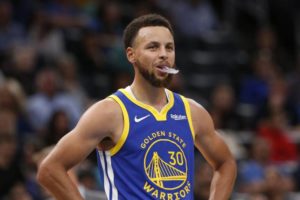 A roster featuring today’s best players is not complete unless it features the greatest shooter to ever play the game. Curry is the game’s most lethal three-point threat, being able to take shots both off the dribble and off the ball as a spot up shooter.

He can also run the team in a pinch, as he can fill in as the secondary playmaker to the team’s lead facilitator. Curry will provide the team with necessary spacing and gravity to open up the lane for the frontcourt to dominate the paint. 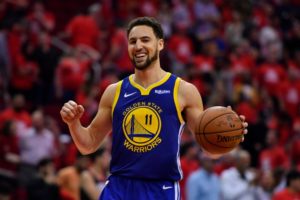 The inclusion of Klay Thompson on this roster over many talented two-guards can be somewhat controversial. The only player I considered besides Thompson for this roster was James Harden, due to his playmaking skills and historic scoring ability.

Thompson makes the cut due to his two-way ability on both sides of the ball. When healthy, he is one of the best perimeter defenders in the league. He also happens to be one of the best three-point shooters as well, primarily functioning as a catch-and-shoot player in Golden State’s system.

With Curry and Thompson on the wing, it creates a ‘pick your poison’ dilemma for the extraterrestrial team to either defend the three-point line, or allow the next three guys to dominate the game. 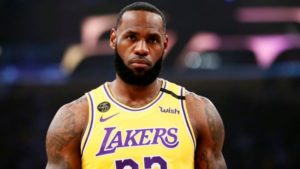 LeBron James serves as the primary ball-handler for this team, as well as it’s captain. There’s arguably no player in the league that has a higher basketball IQ than James, and he bolster’s that IQ with his listed 6’9, 250 pound frame.

James has yet again re-invented his game this season, this time by leading the league in assists as the lead facilitator for the Lakers.

With his inclusion on the roster, there’s no doubt he’ll find the splash brothers for easy spot up three’s, either in transition, or in a set play. And when he’s not out dishing dimes, James will always be a threat to score at the rim. 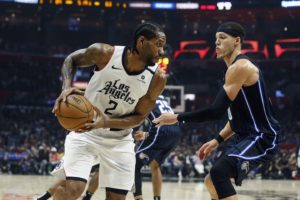 The front-court spots were by-far the most difficult positions to select players for. The Giannis Antetokoumpo vs Kawhi Leonard debate for this roster is a good one. Antetokounmpo is somewhat of an anomaly, boasting a skillset that is unique to himself.

Leonard gets the nod here due to his ability to shoot the three ball. Both players have the ability to lock down on the defensive end, but this team can’t afford to have any weak links from the perimeter.

What Leonard lacks in raw athleticism and sheer physicality in comparison to Antetokounmpo, he makes up for in three-point shooting, and the ability to play on and off the ball effectively.

Honourable Mentions: Pascal Siakam, Jayson Tatum (though it’s arguable if they’re ready for a game with this magnitude) 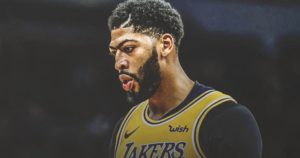 The five-spot has seen the most evolution compared to any position in the last five years. It has become a desirable luxury for rosters to acquire a centre that can do a couple of different things within their skillset, the most desirable being the ability to stretch the floor.

Teams also would like their centre to have the ability to switch onto players on the perimeter on the defensive end, while also maintaining elite rim-protection.

Davis isn’t the greatest three point shooter as of yet, but he can provide the team with crucial needs elsewhere. He is one of the most mobile bigs in the game, and he can utilize his athleticism to defend wherever the team needs him.

He’ll also serve as a formidable low-post threat to throw the ball down to, which will surely draw double teams and open up opportunities for the rest of the team. 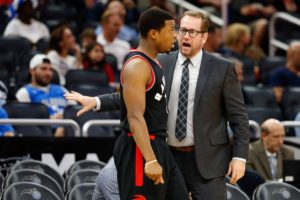 Lastly, a team would be lost without a coach. Nick Nurse gets the opportunity to coach the team due to his ability to make adjustments on the fly.

He’s proven throughout the 2019 playoffs, as well as during the 2020 season why he’s considered as one of the best coaches in the league, and with him on the sidelines to manage these players, this roster has the best shot of winning a do-or-die basketball game versus extraterrestrials.