After weeks of rumours and speculation, New York has made it official. ESPN’s Adrian Wojnarowski reports Tom Thibodeau and the New York Knicks are finalizing a five-year deal for Thibodeau to become the Knicks’ next head coach.

Thibodeau is most known for his stint with the Chicago Bulls from 2010-15, winning coach of the year in his rookie season while leading the Bulls to 62 wins. He also served as an assistant coach and top defensive coordinator on the title-winning 2007-2008 Boston Celtics. His last job was as President of Basketball Operations, and coach of the Minnesota Timberwolves from 2016-2019.

In Thibodeau, New York will get an authoritative-oriented head coach that will push his players to their limits defensively. It will most certainly pose a challenge to young players, and the success of the organization over Thibodeau’s tenure will likely depend on how the young players receive Thibodeau’s coaching style.

Can Thibodeau save the Knicks? 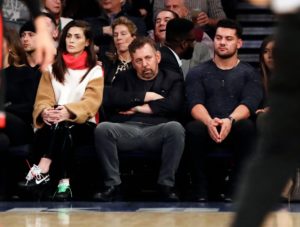 The New York Knicks have been the laughing stock of the NBA for the latter part of the decade. Missing out of marquee free agents, continually shifting from head coaches, and mostly missing rather than making on their recent draft selections, it all points toward the top.

James Dolan is one of, if not the worst NBA owners currently in the league. His leadership at the helm of the NBA’s biggest market has been a metaphorical cloud over the organization, leading many players and coaches around the league to avoid the dumpster fire that became the Knicks.

It would be miraculous if Tom Thibodeau would be able to turn things around. It would certainly come after much pain and misery suffered at the hands of (at this point) delusional Knicks fans that continue to support the team with Dolan at the helm.

It would be a great benefit to the league as a whole if the Knicks were competitive again. Due to the financial struggles the NBA has faced this season with sponsorships lost in China, along with the future financial ramifications the league will face due to COVID-19’s impact on the game, if the league’s top market was competitive, it would certainly be good for business.

The Knicks were known for their grit-and-grind style of basketball in the 90s, and Thibodeau can help bring back some of the defensive edge the organization has lacked since the days of Pat Riley and Patrick Ewing. This hiring ultimately marks an attempt at a culture shift within the organization.

Overall, the allure of New York city has still remained an intriguing prospect to many around the league. Imagine being part of New York’s revival. Imagine being heralded as the ‘saviour’ of New York Basketball. If Leon Rose, Tom Thibodeau, and the Knicks can pull this off, it will be one of the most popular storylines that will dominate the 2020s.

If they can’t revive the Knicks, we all know what will eventually happen to the likes to Thibodeau, Rose, and anyone that steps into the Knicks’ organization. If the Knicks front office has a chance to work towards building a contender long-term, without having to constantly be on the hot-seat, they may just be able to pull this off. But if Dolan continues his track record, Knicks fans will still be the most miserable fans in the league.