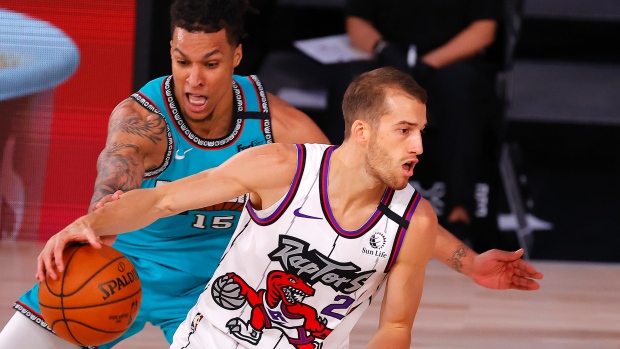 Raptors Clinch the Two-Seed, Win their 50th Game of the Season

On Sunday afternoon, the Toronto Raptors got back into the win column after what was a sloppy, up-and-down game against the desperate Memphis Grizzlies. Behind a big game from All-Star Pascal Siakam, the Raptors were able to lock down the second seed in the Eastern Conference with a 108-99 victory.

“Obviously a couple games there where you feel like you didn’t play as well as you could have. . . I had to get a rhythm,” said Siakam, who finished the night with 26 points. “Can’t get down on yourself, especially when you’ve done this. I always feel like there’s going to be periods where things aren’t going to go the way that you want, but you’ve got to continue to play, continue to do what you do and figure it out. I’ve always been able to do that.”

Despite looking disengaged at times, the Raptors put together a good bounce-back effort after being trampled by the Boston Celtics on Friday night.

Coming off the bench, Norman Powell dropped 16 points, while Serge Ibaka pitched in with a double-double. Meanwhile, Kyle Lowry and Fred VanVleet combined for 29 points in the winning effort.

“It wasn’t very pretty tonight, it was hard work, but it was good defence and timely plays when we needed them and it’s a ‘W’ and it’s a 4-1 record in the bubble, and a 50-win season,” coach Nick Nurse said. “I don’t expect Kyle to have nine turnovers very often in a game. I think it’s probably just a little bit of an anomaly.”

With their position in the standings locked, the Raptors will go into the second night of a back-to-back against the Milwaukee Bucks with very little pressure in the balance. While it is possible that Toronto may choose to just punt the game in favour of rest, a win against the first place Bucks could be yet another statement victory that the defending champions accumulate in their time in the bubble.

“My gut feeling today is we have played pretty heavy minutes,” Nurse said, hinting that he will likely go deep into his bench over the final three games.

The focus now shifts to the postseason for the champs.