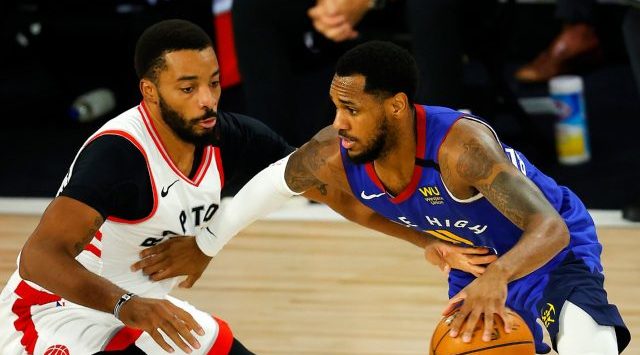 The confidence carried over.

After hitting a buzzer beater to sink the Philadelphia 76ers, Stanley Johnson continued his strong bubble play with a team-high 23 points in a 117-109 victory, pushing the Raptors to a 7-1 record inside the Orlando bubble. Paul Watson stepped up as well in inflated minutes, scoring a career-high 22 points.

“(The trust from Nurse) starts really in the practice gym, working on our individual games, the things he sees us do each and every day,” Watson said. “We go out there and we don’t do anything that we’re not working on outside of our role or what we’re capable of. And when it’s time to play, we get in there and do those things and execute. That’s where the trust comes.”

In what was more so a throwaway game, in which both teams choses to give little run to their key players, in the Raptors case, Nick Nurse opted to rest 80 percent of his starting lineup, as well as Serge Ibaka. Nevertheless, his team battled throughout the afternoon, improving to 53-19 on the season, good for second in the entire league. The 73.6 winning percentage is also a franchise record.

Despite a successful season, the Raptors understand that they have not accomplished anything yet as they shift their focus to Monday when they take on the Brooklyn Nets in Game 1 of the 2020 NBA postseason.

“We’ve got to play hard, that’s kind of who we are and if we can do that, we feel that we’re hard to beat. A lot of things have to go wrong for us to lose a game,” Nurse said. “Then when you kind of multiply that out over a series and four times, we hope that if we’re going to compete and play hard to the level we can, we should be in there with a chance in every series really.”