Who to Invest in?

NBA Stocks and Bonds – Investing in a Bright Future

I’ve been interested in investing lately as a lot of stocks are currently down due to the global economic situation. Let me tell you that stocks and bonds can be extremely volatile. They’re up one day, the next day they crash. Much like an NBA team, their hopes and futures rest on a player’s health or their performances in the playoffs, you can place stock on a team one day, then the next day comes around and suddenly you’re itching to get rid of it.

Just like stocks, I think you should be investing in teams for the long-term rather than looking to make a quick-flip profit. If you’re looking for a new team to root for, before the bandwagon emerges (nothing wrong with being part of the bandwagon let me make myself clear), here are the teams that I think you should put ‘stock’ in during the early 2020’s. 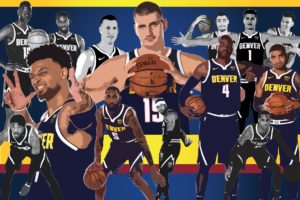 Why you should Buy Now:

The Nuggets are building an intriguing team up there, with the ‘demigod brothers’ in MPJ and Bol Bol. They’re two of the biggest boom/bust players right now due to their injury history and concerns. If the Nuggets can manage the health of those players (which they have done very well so far), they would be pairing two potentially game-changing talents with the most talented big-man the world has seen since pre-NBA Arvydas Sabonis.

The Nuggets front office can unearth gems like Nikola Jokic in the second-round, which is a testament to their outstanding scouting and player development. This makes them a safe team to invest in as a fan. You can rest assured that they will keep finding diamonds in the rough.

That, along with the fact that this team is already on the rise as playoff contenders, it’s safe to say that the Nuggets will be around for a while. 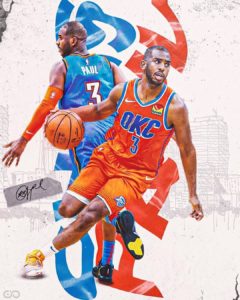 Why you should Buy Now:

Oklahoma has been one of the biggest surprises of the 2019-2020 season. I’ve already raved about the job Billy Donovan, Chris Paul, and the Thunder have done this year in a previous article, but the team also has one of the brightest futures going into the 2020’s.

Paul is still one of the best point guards in the league, and his large contract is seemingly more movable now after a stellar, All-NBA calibre season. Don’t be surprised if a contender tries to off-load draft picks to acquire the ‘Point God.’ Even if the Thunder aren’t able to move Paul’s contract, he will still maintain his steady play later on his career barring any major injury. Paul will also be there to mentor the young talent OKC brings in with their 15 DRAFT PICKS they will have between this year’s draft and 2026.

Shai-Gilgeous Alexander also looks to be the foundational piece for the Thunder moving forward. The second-year guard has shown his ability to score this year, and looks to develop further under the tutelage of Paul.

The Thunder are much like 2020 version of the mid-2010’s Boston Celtics. A mix of veteran and young talent, along with a treasure chest of draft picks to either select a potentially game changing talent, or even trade for one. Better buy in now, in a couple years the Thunder might be looking even better than they did when three future MVPs were on the roster. 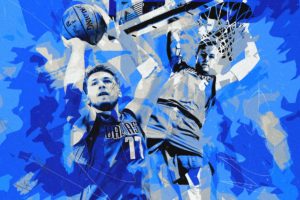 Why you should’ve already bought-in:

Luka Doncic had one of the best rookie seasons of recent memory, and he has brought his game to another out-of-this-world level this year becoming an MVP candidate while also averaging a near 30-point triple double. That’s greatness. He was already the most talent 19-year-old basketball player to ever come in the draft, and he had the euro-league pedigree against grown men to show for.

Going into the new decade, Doncic is primed to dominate. Expect at least bare-minimum three MVP awards barring any major injury (please God). Pairing him, with another potentially dominant force in Porzingis has Dallas firmly set to compete for titles in the not-so-faraway future.

I was already on the Doncic train before he was drafted, and expect it, along with the Mavs to be steamrolling the competition as early as next season. 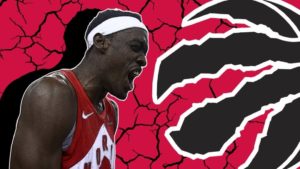 Let me be clear, I have no problem with anyone that hopped on the Raptors bandwagon last year. The country collectively came together behind a truly special team, and it was a lot of fun to watch and be a part of. If for some reason, you’ve hopped off of the Raptors Express after Kawhi departed for L.A., let me tell you to get the heck back on right now.

Pascal Siakam’s ceiling is seemingly limitless, as his improvement every year continues to surprise many. OG Anunoby has flashed his improved handle in the Orlando Bubble, which gives life to the hope that he develops an isolation-game similar in nature to how Kawhi Leonard did in San Antonio.

I will always stand by the statement: ‘In Masai we trust.’ He is consistently committed to winning, and his near-perfect track record (save for one pick that was two years away from being two years away) for both roster decisions and hiring validates his reputation as one of the best executives in the association. As long as Ujiri is around you can expect the Raptors to be in the mix every year.

Stay locked in at BALLnROLL for the next edition of NBA Stocks and Bonds, where we go over which teams have the best and worst stock going into the NBA Playoffs.