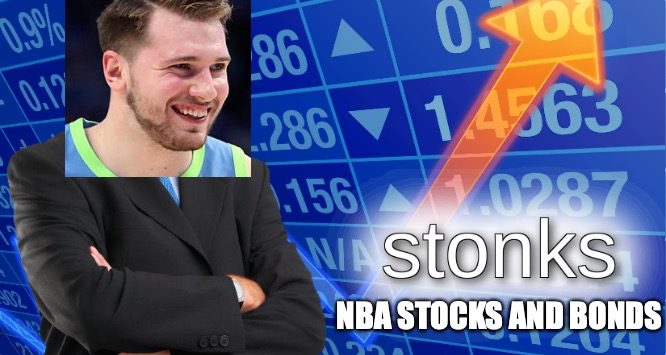 The first principle of buying stocks is to buy low and sell high. After the first round of the NBA playoffs, a lot of players’ stocks have risen. The postseason is where names are made, careers are defined, and where legends begin.

Watching these young players perform the way they did, the future of the NBA looks to be in good hands. These players have been knocking on the door of superstardom, and after this first round, they have arrived.

Here are the breakout performers of this year’s first round. 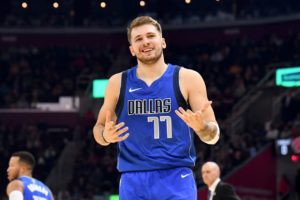 Does it count to call Luka Doncic’s performance versus the Clippers a breakout performance? Granted he played the way he played against a team with Championship aspirations, but NBA fans shouldn’t be surprised with anything about Doncic’s game at this point.

Doncic was already proven as a professional as a teenager, playing against grown men in the Euroleague.

His accomplishments before reaching the NBA are well-documented, but you would be hard-pressed to find any analysts or fans that weren’t skeptical about whether he could be just as sensational against Kawhi Leonard, Paul George, and the Clipper defence.

Luka silenced the doubters, going off for 31 points, 9.8 rebounds and 8.7 assists on a near-60% true shooting percentage.

His performances were capped by a ridiculous game-winner from way downtown, which officially put the league on notice (if people were still not paying attention to greatness in the making).

As the media and fans, we love to compare current players to the legends of the past in order to measure just how great a player can be.

Mark Cuban said he’s not a fan of people comparing Luka to some of the greats, as he told J.J. Redick on his podcast that he wants Luka to carve out his own legacy.

Even if Cuban’s not comfortable with the comparisons, it’s safe to say that Luka Doncic is certainly up to the challenge of becoming the greatest basketball player of all-time (and that’s not hyperbole by any means).

If Doncic is playing like this, at age 21, in his first postseason, is it even possible to imagine how good he will be in five years?

Invest in anything Luka Doncic now, whether it’s jerseys, basketball cards, anything Luka-related. It’s almost a sure-fire guarantee that it could be worth a LOT in the future, similar to Michael Jordan’s early career merchandise. 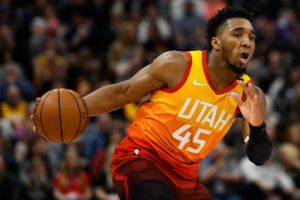 Mitchell has had some playoff success early in his career, most notably in his rookie year where the Utah Jazz took down the Oklahoma City Thunder led by Russell Westbrook, Paul George, and Carmelo Anthony. While his season ultimately ended in a heartbreaking defeat, the signs of Mitchell’s rise to NBA superstardom are extremely encouraging.

The third-year guard completely elevated his game versus the Denver Nuggets, averaging a ludicrous 36.3 points, 5 rebounds, and 4.9 assists while shooting 51.6% on 9.1 threes a game.

Those numbers peaked in two 50-point performances, where Mitchell joined Allen Iverson and Michael Jordan (and later in the series Jamal Murray) as the only players to have multiple 50-point outings in a playoff series.

After Mitchell’s breakout series, the Jazz made the obvious move in extending Mitchell’s rookie deal according to Yahoo Sports’ Chris Haynes, and rightfully so.

The knock on Mitchell’s game has always been his shooting efficiency and three-point percentage, and with this series, he has proven that he can be an efficient volume-scorer in a big-time series. The three-point shooting percentage is huge. If Mitchell can sustain this level of play, the best is surely to come. 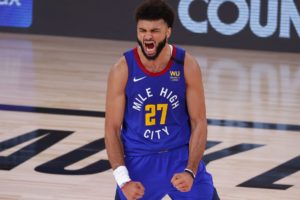 Jamal Murray had an out-of-this-world first round against the Utah Jazz. Through seven games, the Canadian averaged a scorching 31.6 points while hitting on 53.3% of his 8.6 three-point attempts.

Murray has always shown flashes of being an elite shot creator throughout his career, but he hasn’t quite been able to consistently do so. In the 2019 playoffs, Murray averaged 21.3 points on 53.4 true shooting percentage.

He had some down games throughout the series, but he had two-standout 50-point performances (also joining Mitchell, Iverson, and Jordan as players with multiple 50-point games in a series) which are indicators of Murray’s superstar status.

If Murray is to be part of the NBA’s next crop of superstars, he will have to find some consistency in his game, but there’s no doubt he’s got what it takes to be the next great Canadian basketball player.

Jayson Tatum absolutely torched the Philadelphia 76ers in their round one matchup. He put up 27 points per game in a four game sweep. The Sixers had no answers for Tatum’s diverse offensive attack, and so far in the second round the Raptors have had trouble containing the 22-year-old forward.

Tatum’s ascent to superstardom was pending. He had a stretch in February where he was on an absolute tear from the field, and Tatum was virtually unstoppable. How much better can Tatum get? If Tatum can become a dominant two-way player, the prospect of Tatum in his prime will be scary for the rest of the league.

The Sixers and the Lakers surely feel some buyer’s remorse after passing on Tatum in the 2017 NBA Draft, as he looks to be the next great scorer that will carry on the legacies of Carmelo Anthony and Kevin Durant beyond 2020.