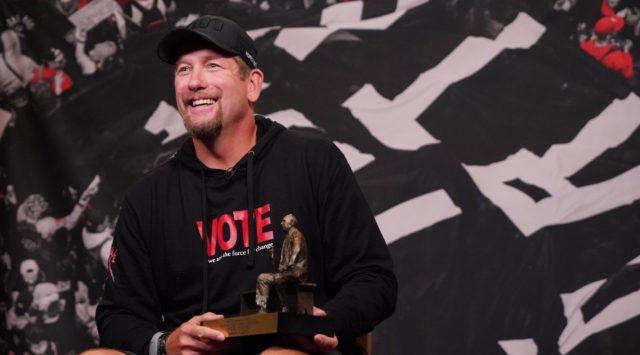 A championship ring and a Coach of the Year award sounds like a pretty fantastic way to start a head coaching career in the NBA.

That is the exact start that Toronto Raptors head coach Nick Nurse has had and on Tuesday, the Raptors rewarded him with a new multi-year contract extension. Against all odds, Nurse was able to lead the Raptors two a two-seed and a second round berth inside the bubble despite the departure of the 2019 Finals MVP.

“Our confidence in Nick just continues to grow, and part of that comes from what we’ve experienced together,” Raptors president Masai Ujiri said in a statement released by the team.

The Coach of the Year is staying North of the border.

“The past two seasons have been unlike any other in our team’s history — first, winning our championship, and then navigating a global pandemic and committing long-term to the fight against racism and for social justice. Nick has proved that he can coach on the court and lead in life, and we’re looking forward to accomplishing great things in the future.”

Nurse boasts a 111-43 record with the Raptors and helped Toronto secure its highest winning percentage in franchise history this year.

“My family and I will always be appreciative of Larry Tanenbaum and MLSE ownership for this opportunity. I’m grateful to Masai, [GM] Bobby [Webster], and the players for their trust and their hard work,” Nurse said in a statement.