This year’s NBA Draft has a lot of intrigue and mystery across the board. Certainly not the strongest draft class in recent years, just in terms of identifiable, certified star talent, but there are many players that can turn out to have successful careers under the right organization and developmental program.

Still, every draft carries a degree of uncertainty to an extent.

In the past, there have been draft classes where it seemed as if there were multiple franchise-star players in the lottery, only to have them fail to live up to such lofty expectations. The latest example of such a draft class is the 2014 class, that featured the likes of Andrew Wiggins, Jabari Parker, and Joel Embiid. Embiid lived up to the hype, but his fellow classmates fell short.

COVID-19 has complicated the process of evaluating the talent of this year’s draft. For starters, due to the fact that the NCAA season was cut short, it left many prospects without a chance to prove themselves on the big stage in March Madness, a stage where typically many prospects make a name for themselves, drastically improving their draft stock. 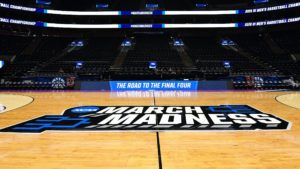 Another challenge teams will have to face in the draft process this year is the lack of face-to-face interactions with prospects. Teams are reportedly only allowed to have in person meetings, which includes workouts, medical evaluation, etc. for a total of two times per prospect, limited to 10 prospects as a team.

This naturally puts some teams at a disadvantage, given how long it’s been since these prospects have even played in a game situation. Raptors Assistant General Manager Dan Tolzman definitely sees the circumstances this year as different, but he says the front office is prepared to operate under the league’s guidelines.

“It’s one of those things where we are doing what we can within the guidelines that the league has given us, and we’re making the best of it. Thankfully, our scouting department, our front office is designed to not be too thrown off by these new ways of doing things,” said Tolzman.

With all this in mind, the Raptors have two selections to potentially make in this year’s draft. With the 29th and 59th picks in the first and second round, there are a lot of different options and directions the organization can take with this pick.

What Type of Player are the Raptors Looking For? 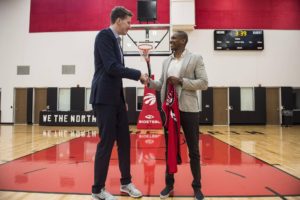 Based off of previous draft selections, the Raptors aren’t afraid to take a gamble on older prospects who show glimpses of upside in their game. Jakob Poeltl was a sophomore entering the 2016 draft, as was Pascal Siakam coming out of New Mexico State in the same draft class.

The Raptors have also found great value in the second round, and undrafted markets in the past, with names such as Norman Powell and Fred VanVleet emerging as standout gems the Raptors uncovered.

Overall, the Raptors value a player who can contribute on the defensive end from day one of training camp. Nick Nurse tends to favour players who can provide steady defensive play as a base to get playing time. Three point shooting would also be an attractive asset for the team, as the Raptors have built an identity on the perimeter.

The Raptors will also likely look to find players in the second round/undrafted market, who they can bring up through the G-League with the Raptors 905.

With an emphasis on defence, shooting, and senior prospects with upside, here are some players I believe the Raptors could potentially select in the draft this year. They will likely target mostly guards and big men, as the Raptors could have players departing from those positions.

Also on a side note, there have been reports of the Raptors potentially trading up in the draft to select a player like LaMelo Ball. While the prospect is interesting, I just don’t see the Raptors actually going through with such a move, especially in a draft class where the talent level is pretty even across the board.

Colorado State’s Tyler Bey was the PAC-12 Defensive Player of the Year this past season, and the Raptors have reportedly met with Bey already for a workout. At 6’7, 215 pounds, the Colorado State Junior projects to be a solid three-and-D player in the league, as he shot 41.9% from deep last season. 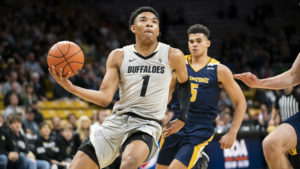 He has the size and athleticism to guard the wing positions at the next level, while also possessing the ability to finish at the rim. The biggest question marks in his game right now are his ability to make plays for his teammates and his ball-handling which leave much to be desired.

He would fit in on the Raptors as another rangey defender to support the defence, with upside as a shooter and creator if he can put it all together.

Malachi Flynn from San Diego State is a 6’1 guard prospect, who has been compared to Raptors guard Fred VanVleet by NBA.com’s Kyle Irving due to his shot-making ability, and his reliable defence. Flynn averaged 17.6 points, 5.1 assists and 4.5 rebounds last season, and also took home the Mountain West Player of the Year award. 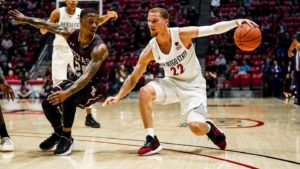 With Fred VanVleet’s free agency looming, Kyle Lowry’s deal expiring next year, and with the future of Terrence Davis up in the air, the Raptors may look to add a new guard to replace the absence of one or two guards in their current rotation.

Flynn fits the build of previous Raptor guards like Corey Joseph, VanVleet, and Lowry, and if available at 29, would be a perfect fit in Toronto. Flynn has also reportedly worked out with Toronto ahead of draft night.

Theo Maledon played for Tony Parker’s French professional basketball club, AVSEL last season, and looks to be one of the more intriguing prospects in the 2020 class. The 19 year-old is currently 6’5, 175 pounds, and has the professional experience playing in the Euroleague. 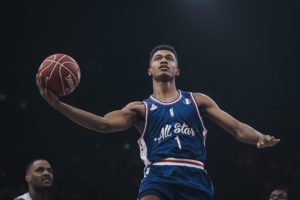 He is a solid playmaker, who developed under the tutelage of Tony Parker, and is an avid student of the game who frequently studies the likes of Chris Paul and Russell Westbrook. Maledon is also a solid finisher around the rim, and has shown potential to develop a three-point shot.

The biggest concerns around his game are centred around his ability to beat defenders off the dribble with his athleticism, along with his strength at the next level. Maledon has the potential to develop into a player along the likes of a Shai Gilgeous-Alexander type or Delon Wright, and under the Raptors development system, he could blossom into a star. He will likely be selected before 29 however, and because of his upside, it’s hard to picture him slipping all the way down to the Raptors.

Zeke Nnaji is a 6’11 forward-centre out of Arizona University. He projects as a high-energy pick and pop big at the next level, as he showed an advanced pick and roll/pop game at Arizona. Nnaji averaged 16.1 points, 8.6 rebounds, while shooting 76% from the free throw line. 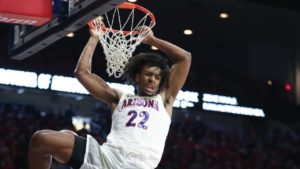 With the potential departures of Serge Ibaka and Marc Gasol this offseason, the Raptors may look to find replacement options at the centre position. Nnaji has a similar offensive game to Ibaka’s, but his defence needs improvement on the next level, as his shot blocking and perimeter defence aren’t quite there yet.

His motor however is next level, showing multiple efforts on the glass, on a repeated basis throughout a game. Nnaji is surely to be a fan favourite if the Raptors select him. 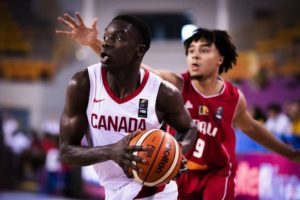 At the second last pick of the draft, Karim Mane seems like a high risk, high reward pick. The Canadian spent time playing for Vanier College last season, and was a five-star recruit for NCAA teams such as Michigan State, Memphis, Kansas, and Marquette.

Instead Mane elected to forgo the NCAA and head straight to the NBA as the 20 year-old is eligible to enter as an international prospect due to his age.

Mane put up numbers of 15.9 points, 7.9 rebounds and 5.4 assists last season, and his upside really lies in his two-way ability as both a defender and shooter. He hasn’t shown the ability to shoot the three consistently however, and that’s one of the question marks surrounding his game.

He does have the physical tools and effort to become a great defender at the next level, it may however take a while for him to put the entire package of skills together. If Mane is able to put it all together, he can be a potential star. The team that drafts him will have to patiently bring him along, and the Raptors would ideally do so while utilizing the Raptors 905.

Nice work JT Keep up the good work. I think you should do a podcast on free agency