A Free Agency Class with Stars and Uncertainty

The 2020 free agency class is one unlike any other. The talent pool is not quite as stacked as previous years, but there are many talented players due for a major payday.

While that is certainly the case, this year’s free agency class faces uncertainty that hasn’t been seen by many other free agency classes. There are still many unanswered questions surrounding the league’s financial situation due to losses caused by COVID-19, the loss of revenue particularly from China, and less than ideal television ratings that contribute to the league’s financial uncertainty.

Agents spoke anonymously with The Athletic on their agent survey, and they spoke on the financial dilemma the league is facing. One agent said they expect the league salary cap to be lower, along with another agent saying they expect less player movement around the league due to the amount of teams with cap space being “only have a dozen” along with teams potentially being hesitant to spend this year.

Regardless of the financial situation, there are still plenty of teams around the league looking to improve their rosters, and many of the available players this year could be difference makers in the right situation. 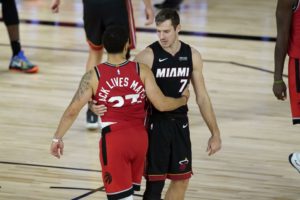 Some of the marquee free agents this year include at the point include Fred VanVleet and Goran Dragic. VanVleet (UFA) averaged 17.6 points, 6.6 assists, and led the league in deflections with 4.2 a game, while also shooting a near 40% percent from three (39.3%) on 6.9 attempts per game.

VanVleet is widely considered the best available guard in the 2020 free agency class, and has garnered interest from the likes of the Detroit Pistons, Phoenix Suns, and New York Knicks, along with the Toronto Raptors who are also interested in retaining the Rockford guard.

Raptors President Masai Ujiri told the media during a press conference in September that retaining VanVleet is a “big time priority” for the organization.

Ujiri: "Fred is a priority, a big-time priority"

He also said the bigs (Ibaka and Gasol) are a priority. Earlier he acknowledged the challenge of balancing bringing those guys back with maintaining long-term flexibility (even mentioned the important summer of 2021).

Dragic (UFA) on the other hand is coming off of a resurgent postseason run with the Miami Heat. After coming off the bench for a majority of the regular season, he stepped up big in the playoffs averaging 19.1 points, 4.1 rebounds, and 4.4 assists while also being on of the team’s primary scoring options.

The Slovenian is coming off of a plantar fascia tear in his left foot, but in a market where there aren’t many elite point guards, Dragic can potentially cash in on a large short-term deal. 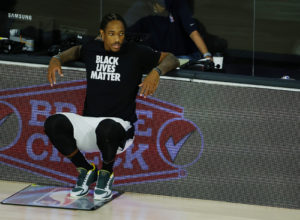 The pool of players at the second guard spot is a little deeper the the point guard’s, with players such as DeMar DeRozan (player option), Evan Fournier (player option), and Bogdan Bogdanovic (RFA) potentially hitting the market. A report from NBC Sports recently revealed that DeRozan isn’t particularly happy with his current status in San Antonio.

Jabari Young of CNBC appeared on ESPN San Antonio radio and said this.

“Listen, I don’t have to sugarcoat anything. DeMar DeRozan is not happy in San Antonio, OK? The offense is not running as smoothly as one should think with a guy like him in the lineup, and there are problems are there, right? And so you have to decide if you’re going to take that money of if you’re going to come back to a situation that’s just not suitable. I mean, it didn’t work. They got the deal done. It’s over. I mean, the experiment is not working.”

Fournier is also has a player option in his contract, and should he decline, his talents as a three-point marksman who can occasionally make plays for his teammates will be sought after, especially among teams desperate to compete now.

Bogdanovic is more of a question mark, as while the Sacramento Kings can match any offer sheet given to Bogdanovic, the Kings also signed Buddy Hield to a four-year, $94 million contract last offseason. It seems as if the Kings will likely have to choose between keeping one, and either letting the other walk via trade or in Bogdanovic’s case, free agency. 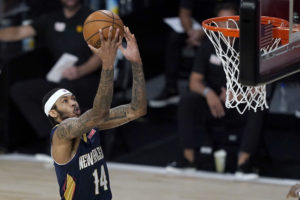 Brandon Ingram (RFA) is the most talented player at his position in this free agency class, and also likely has the most upside as well. He is less likely to depart from New Orleans, solely due to the fact that he is a restricted free agent, and the Pelicans have the right to match any offer Ingram accepts. The question lies in whether teams will be willing to throw a max deal at Ingram, or if his market is fairly dry, how much will the Pelicans spend to commit to the forward?

Ingram is coming off a season where he averaged 23.8 points, 6.1 rebounds, and 4.2 assists while being the main offensive option for a majority of the season. Ingram also took home the league’s Most Improved Player award in recognition of his breakout 2019-20 campaign.

Other noteworthy names include Danilo Gallinari (UFA), who is looking to potentially sign with a contender and make a run at an NBA championship, and Gordon Hayward who has a player option for 2020-21, but given his injury history, it’s likely he opts in for next season with the Boston Celtics. 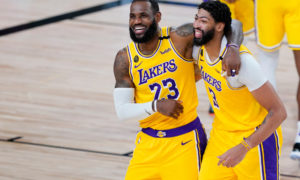 Anthony Davis (UFA) is the top name at power forward this year as he enters free agency. It is widely expected however that the Chicago native will re-up with the defending champion Lakers, and after his dominant postseason it seems like the logical thing to do.

Jerami Grant (player option) has a $9.1 million player option for next season, and Grant will likely decline that player option in order to capitalize on a breakout postseason. He caught the attention of many fans, players, and executives alike with his two-way play throughout the Nuggets’ playoff run, and in particular his work against the Los Angeles Lakers.

Christian Wood (UFA) is another notable power forward entering free agency who had a breakout year. After the Pistons moved Andre Drummond, Wood was able to get more playing time. He finished the season with averages of 13.1 points and 6.3 rebounds, while shooting 38.6% from three point distance. His ability to shoot the three at the power forward and centre positions is a commodity a lot of teams will surely covet. 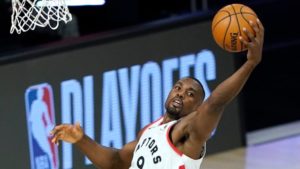 The centre position is deeper than usual this year, filled with many solid veterans, and some younger centres looking to get major paydays. The veteran market is anything but dry this year, with guys like Serge Ibaka (UFA), Dwight Howard (UFA), Marc Gasol (UFA), and Tristan Thompson (UFA), who were all difference makers at one point in the season for their respective teams.

Ibaka in particular is an interesting player, considering at 31 years-old, he had a career averages of 15.4 points and 8.2 rebounds, while shooting 38.5% from three on 3.3 attempts a game.

Centres on the younger side such as Andre Drummond (player option) and Montrezl Harrell (UFA) will certainly be looking to get longer and more lucrative contracts on the open market.

Names such as Aron Baynes (UFA), Hassan Whiteside (UFA), and Kelly Olynyk (player option) round out the depth at the five for this years free agency class.

Regardless of how all the uncertainty surrounding this year’s free agency plays out, there are a lot of solid contributors to be found at nearly every position. Aside from the point guard spot, there are two-to-three marquee players that can be difference makers in every other position.

This free agency class does lack the star power of recent classes such as 2016 or 2010, but not every team is looking to get a home run signing. Sometimes, it is often the under-the-radar hits that ultimately impact winning, and many teams have the opportunity to make such moves in this year’s offseason.