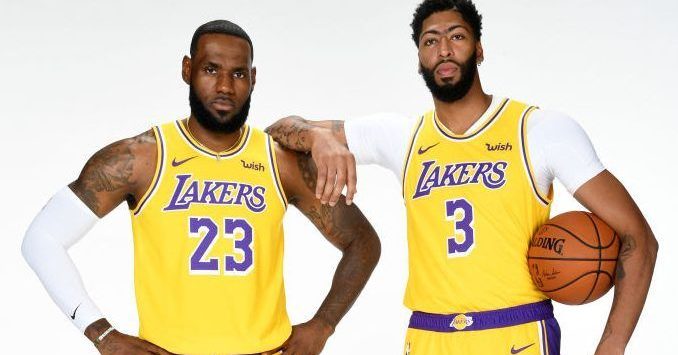 LeBron, Doncic Lead the Way for Most Popular Jerseys in the NBA

Year 17 and nothing changes.

Earlier in the month, the NBA and NBPA announced that LeBron James led the way this season in most popular jerseys sold, while his Los Angeles Lakers sold the most team merchandise of any of the 30 teams.

It doesn’t hurt when Anthony Davis finished third on the player’s list.

Some other big names in the top-15 are Luka Doncic, who after a remarkable sophomore season found himself at no. 2, while back-to-back MVP Giannis Antetokounmpo finished fifth. Rookie Ja Morant also found himself in the top-15 while Kevin Durant, who has yet to play a single Brooklyn Nets game came in at the seven spot.

On the team side, the Toronto Raptors found themselves as no. 6 after entering the 2019-20 campaign as the reigning NBA champions, while the Boston Celtics and Chicago Bulls finished second and third following the Lakers.

The Lakers Finals opponent, the Miami Heat finished at no.4, while Jimmy Butler was the tenth most sold jersey in the league during this season.

The Lakers popularity lives on.