The Season that Was 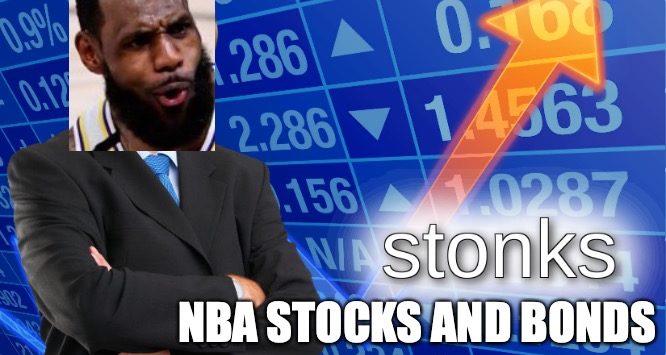 NBA Stocks & Bonds – What We’ve Learned from the Season, Part 2

With the NBA Finals concluded, another season is in the books. After the Finals, a lot of impressions and opinions on players have certainly changed, and in this edition of the NBA Stocks and Bonds, we’ll also discuss some other players that saw the biggest rises and falls this season. 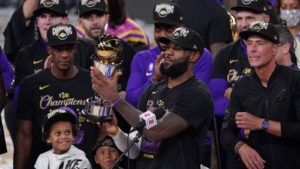 He wants his respect. He’s certainly gotten it, especially after this Finals win, but what more does LeBron James have to do to get the respect he deserves year-round? Is it enough to average a career high in assists, while also leading the league in that category?

Is it enough to be the best player on the best team, not named the regular season Milwaukee Bucks? Is it enough to not only dominate the playoffs, but dominate the finals for the fourth time in his career, at age 35? If LeBron James needs to do any more to earn the respect of fans, media, or literally anyone with eyes, there’s nothing more he can do.

He’s proven time and time again why he’s the best in the world, and his 2020 Finals performance serves as a reminder. Averages of 29.8 points, 11.8 rebounds and 8.5 assists during the six-game series against the Miami Heat. Tame numbers by James’ standards, and compared to his other NBA Finals series’ but that is a testament to his greatness. 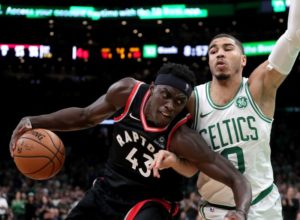 The 2020 Playoffs were destined to be a proving ground for the 2018-19 Most Improved Player. After being the second option on a championship roster, basketball fans were eager to see how Siakam would fare in the limelight as the lead role. Siakam’s production fell off as the Raptors came back from the layoff, as he averaged 16.9 points, 6.8 rebounds, and 3.2 assists in the bubble, a far cry from his regular season averages.

What was most telling, above all, is his series against the Boston Celtics in the second round. Siakam struggled to generate his own offence and find his shooting touch. While his defence remained elite, his struggles on the other end ultimately hurt the Raptors more.

Siakam may be at an all-time low right now, but given the fact that he’s one of the hardest workers in the league, and he still have room to grow in terms of his game, expect the Cameroonian forward to come back better than ever next season. 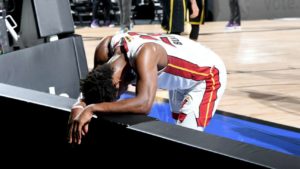 Jimmy Butler was on a self vindication mission. After being labelled at the quote-en-quote “problem” in many of his previous teams (most notably Minnesota), Butler had a lot to prove heading into the season and playoffs. The Miami Heat emerged into the bubble as the darlings of the league, as they completely dismantled the Bucks in round two.

Butler elevated his game in that series, and he put the cherry on top with his Finals performances. 26.2 points, 8.3 rebounds, 9.8 assists, with 2.2 steals a game. He also made Finals history not once, but twice. He became only one of three players to ever record a 40-point triple double in a Finals game (joining Jerry West and LeBron James), and he also became one of two players to record 35-10-10+ with five-plus steals (joining Gary Payton).

Butler’s stock has never been higher, and with the conclusion of the finals, his case as a top-ten player in the league should be solidified.