What Have We Learned 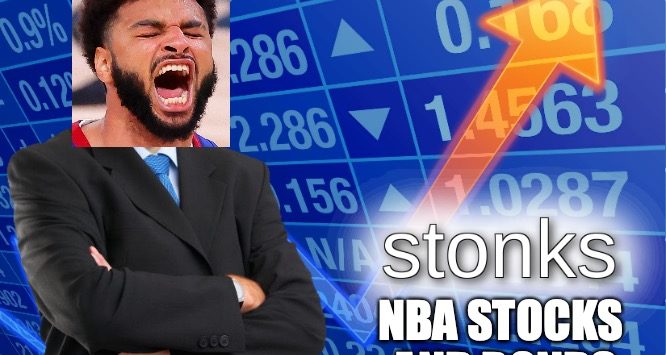 The 2020 playoffs have been widely successful, in terms of the NBA’s ability to maintain their bubble atmosphere and finish the season. While the TV ratings and numbers aren’t ideal, some of the most competitive and exciting basketball has been played at Disney World, at it has culminated in a gritty series between the Miami Heat and Los Angeles Lakers in the NBA Finals.

This playoffs has also confirmed a lot of presumptions surrounding players, coaches, and teams. When the pressure was on, they delivered, or they failed to do so. These are the NBA Stocks and Bonds; 2020 playoffs’ biggest rises and falls. 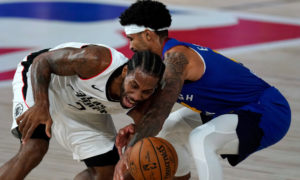 A mainstay in the series, the Nuggets have once again made it on the list. After going down three games to one in the first round, Denver rallied behind the transcendent play of Jamal Murray and Nikola Jokic to eliminate the Utah Jazz. Murray put himself in the conversation with greats such as LeBron James, Michael Jordan, Wilt Chamberlain, and Allen Iverson, with his historic scoring performances.

Jokic showed us his unique skillset of passing, scoring, and rebounding as the definitive best center in the league. Most remarkable of all, the Nuggets became the first team in NBA history to rally from multiple three-one deficits in a single postseason.

The cherry on top was this comeback came against the championship-aspiring Los Angeles Clippers, who were one of the favourites to win it all. 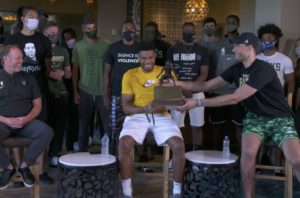 Somehow, after the Bucks came within two wins of an NBA Finals berth last postseason, they’ve taken an even further step back as a franchise. Giannis’ Bucks were completely exposed by the eventual East Champion Miami Heat in an embarrassing gentlemen’s sweep (four games to one).

The Heat threw a defensive scheme similar to the Raptors of last year, and were able to nullify the league’s best regular season team to a shell of their former selves. Besides the “struggles” of Giannis, the Bucks offence could not achieve the similar, dominant results they could get against most teams when facing the Heat.

Mike Budenholzer’s inability to make adjustments in the playoffs has been his biggest knock as a coach. His teams have flamed out in the playoffs multiple times now, and it seems like his margin for error in Milwaukee is getting shorter and shorter by the season.

Time is ticking for a Milwaukee franchise, who could potentially see their best player since Kareem Abdul-Jabbar leave via free agency in 2021. 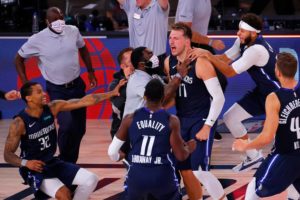 What else can be said about the Slovenian Wunderkind? He’s proven his greatness at every level of professional basketball so far. At the tender age of 21, he carved out the Clipper defence that was supposed to be one of the better defensive teams we’ve seen in a while.

He broke playoff scoring records, bagged triple doubles as casually as it gets, and hit a game-winner that officially put the entire league on notice.

We learn a lot about the greats in their first playoff outings. While his team ultimately lost the series, what they accomplished without their second-best player, and with Luka hobbling on a turned ankle should not be underestimated.

It looks like Doncic it destined for nothing short of complete basketball excellence, dominance, and greatness. 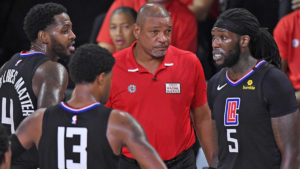 What a mess. For Clipper fans, I feel so sorry for you. I bet it hurts that the Lakers are in the Finals right now, don’t get me wrong. I bet what hurts even more is that the franchise mortgaged their entire future up until 2027 to get two years of Kawhi Leonard and Paul George.

Was it a good move in hindsight? Definitely not, especially after the team’s embarrassing exit from the playoffs. But you can’t always evaluate moves like this after the fact. The fact was that they acquired two of the league’s best “superstars” to supplement a cast of already great, gritty, and hungry role players.

It seemed perfect on paper, and that’s exactly how it was. On the court however, it didn’t play out as expected. Doc Rivers is the only coach in NBA history to relinquish multiple three-one leads in the playoffs. Paul George added to his increasing list of playoff disappearances, Lou Williams was a shell of his former-self after his wings stop, and the Clipper supporting cast played weak as well.

Even Kawhi Leonard, the former Finals MVP, was missing in action when it mattered most. Game seven against the Nuggets was not a good look for Leonard and the Clippers.

Now the team is looking for a new head coach after letting go of Doc Rivers. Montrezl Harrell looks to be on the way out, and the Clippers have one more year to try and realize their championship aspirations that costed their entire future for majority of the decade. Yikes.