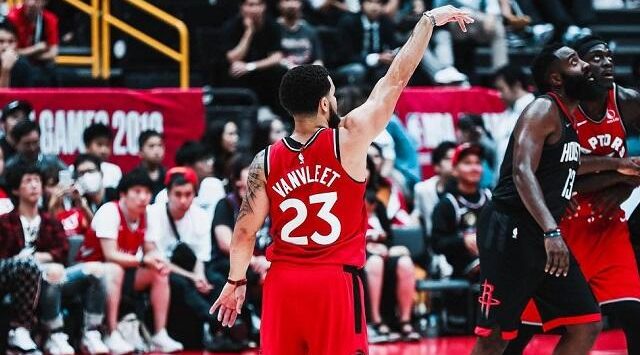 Fred VanVleet chose to bet on himself and on Saturday afternoon, that bet paid off.

Just over four year after going undrafted as a senior out of Wichita State, VanVleet has gone from starring in the G League, to helping the Toronto Raptors win the franchise’s first NBA championship, to inking the largest deal signed by an undrafted free agent in NBA history.

Today, the Raptors signed VanVleet to a four-year, $85-million extension. The final year of the deal is a player option.

Fred VanVleet has agreed to a four-year, $85M deal to re-sign with the Toronto Raptors, agent Brian Jungreis of @ParLay_SE told @TheAthleticNBA @Stadium.

This new contracts comes off what was a career season for VanVleet, who averaged 17.6 points and 6.6 assists per game, while shooting 39-percent from long range. He also finished in the 90th percentile for steal percentage and the 84th percentile for assist percentage among all combo guards.

An excellent day for the organization and an incredible moment for VanVleet who is very deserving of his new contract!