Eyes on the Prize

If you ask a majority of Raptors fans how they’ve felt about the team’s offseason moves, you’d likely hear a lot of disappointment, discontent, and the feeling that much was left to be desired from the team’s moves thus far. You honestly can’t blame them, as the Raptors lost key pieces from the forever immortalized 2019 championship roster.

Raptors fans will always look back fondly at the players that helped bring Larry O’Brien to the six, and seeing them leave the team is just a cruel reminder that all good things must come to an end.

The NBA is a business, both for teams and players. Serge Ibaka and Marc Gasol made the decisions they thought were best for them at this point in their careers, and the Raptors pivoted their focus to the future, while still trying to remain competitive in the present.

This is the comprehensive report card for the Toronto Raptors’ 2020 offseason moves. 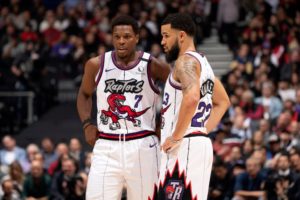 The biggest question heading into the offseason was what would the market for Fred VanVleet look like? There were multiple suitors reportedly interested in adding the un-drafted guard from Wichita State, and most of those suitors bowed out once they acquired point guards of their own.

Phoenix added Chris Paul, Detroit drafted Killian Hayes, leaving Toronto and New York. Ultimately, the value this contract will have in the future could be a major steal for the Raptors. This contract is somewhat similar to Kyle Lowry’s four-year, $48 million contact he signed in 2014.

Lowry was at a similar age (mid/late twenties) to VanVleet at that point in his career, putting up similar numbers to FVV as well. The Raptors are banking on VanVleet to further his development as a finisher inside and as a lead playmaker on the court. At that point in 2014, Lowry faced the same questions in his game, and answered them over the next couple years.

After observing VanVleet’s development over the past four years, the size of the contract really suggests that Raptors are confident VanVleet will only continue to get better, and will eventually succeed Lowry as the team’s full-time starting point guard once it’s time to pass the torch.

Taking a look at other players at VanVleet’s position, he’s arguably the best value at his contact. In the pay ranges of $18 to $20 million a year, players like Goran Dragic, Terry Rozier, and Malcolm Brogdan are the only contractual comparisons to VanVleet.

Brogdan is likely the only player from that group that really stacks up to VanVleet’s value, as they are both effective two-way guards.

The best part of VanVleet’s contract is the eight-percent dip that’s set for 2021-2022. This part of the contract was specifically planned for the larger prize of adding a marquee free agent in 2021 free agency.

All in all, the Raptors and VanVleet are both betting on each other, and the bet seems like a pretty safe one.

The Raptors made a move on draft night that came to the surprise of many fans and analysts, drafting the senior point guard out of San Diego State, Malachi Flynn, with the 29th pick in the draft. While it led to the speculation of Fred VanVleet’s future with the Raptors, this selection wasn’t surprising at all.

In a sense, Flynn represents everything the Raptors value in a prospect. Historically, in the Masai Ujiri, Bobby Webster, Dan Tolzman era, the Raptors have put stock into the older prospects that could potentially carve out a role on the team right away. The Raptors also valued the defensive ability and potential prospects could bring to the next level.

Malachi Flynn fits the bill on all those characteristics. He’s been compared to VanVleet, with his approach to the game being fairly similar as smaller guards. Flynn is a steady pick and roll executor, showing the ability to hit the roll man with ease or pull up when his defender goes under the screen.

For his size, he’s also a solid defender, bringing intensity and tenacity to his on-ball defence. While the Raptors are pretty set at the guard position with another year of a Lowry-VanVleet backcourt, (and pending the Terrence Davis II situation), it’s could be likely that Flynn sees more time in the G-League.

Nonetheless, Flynn looks to be a solid selection that could develop into the next backup point guard and potential lead guard one day.

Jalen Harris seems to be more of a risk-reward type pick, being selected with the 59th pick in the draft. He’s one of the best athletes in the draft, scoring great in combine drills such as vertical jump and lane agility. He was also a strong scorer in college, averaging 21.7 points in his senior year with the Nevada Wolf Pack.

The Raptors were reportedly pleased to land both Flynn and Harris at their respective picks. It will be exciting to see how these player develop in Toronto’s system, and if either player ends up as a key contributor in rotation next year, it will be even bigger of a win for the Raptors.

Baynes, Boucher, Len in, Gasol and Ibaka out 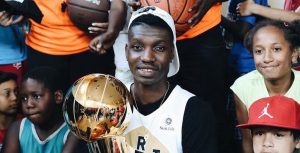 Heading into the offseason, it was likely that one of Gasol or Ibaka would depart from Toronto. Both received interest throughout the league, and ultimately the pair departed for LA. Gasol cited his inability to help the Raptors win a championship next year as one of the reasons he decided to leave the team, and that reason is definitely fair.

While Gasol remains an effective defender and playmaker, his shooting was a large achilles heel against teams that just dared him to shoot. Gasol will fair much better on a team like the Lakers, who have two superstars that can easily create their own offence for Gasol to play off of.

Ibaka serves as somewhat of an upgrade compared to Montrezl Harrell, as Ibaka provides better rim protection and shooting to the Clippers.

While not ideal seeing both of them leave, the Raptors added a couple of inexpensive, effective options at the centre spot. Aron Baynes is a decent three point shooter that can space the floor similarly to Ibaka, while also providing a big body in the paint to defend the post, similar to Gasol.

He’s not quite a Gasol or Ibaka on defence, but Baynes should be able to help fill in the production left behind by Ma Fuzzy Chef and Big Spain.

Chris Boucher gets a well-deserved raise, after putting up some ridiculous PER-36 numbers in limited playing time. It will be exciting to see the Montrealer get an extended role in the rotation, and his deal suggests he and Baynes will be in competition for that starting role in training camp.

It’s also worth noting that the Raptors will still have their 2021 cap flexibility, as Boucher and Baynes signed deals with a team option for the second year.

Alex Len serves as an insurance piece, a big body that can protect the rim in a pinch and crash the glass. Think of Len as a budget Jonas Valanciunas-type player. He’s mostly there as the third centre, but could carve out a role for himself as the minutes are definitely up for grabs.

The Raptors, while not having an ideal frontcourt coming out of free agency, have made necessary additions that can contribute and should fit into the schemes the team runs.

Other Signings and Additions 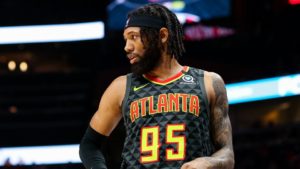 Former Atlanta Hawks forward DeAndre’ Bembry was a much needed wing addition, as Malcolm Miller and Rondae Hollis-Jefferson look to be out of the picture for the Raptors next season. Bembry brings a defensive-oriented wing who will swarm the opposing offence on the ball.

He’s a hustle player who will bring deflections, chase after loose balls, and force turnovers. He doesn’t bring much on offence in terms of shooting, but he should be able to provide good minutes off the bench as a wing defender.

Additions of Henry Ellenson, Yuta Watanabe, and Alize Johnson are training camp deals that could be converted into one-year deals depending on the performances they have in training camp.

The Raptors didn’t make a free agency splash that many fans were expecting, but this outcome was ultimately the offseason that was expected from the Raptors.

The team didn’t make any large signings or commitments to long-term contracts (OG contract extension pending), and positioned themselves to remain competitive while keeping their eyes on the big prizes available in 2021 free agency. 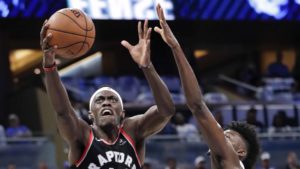 Toronto is banking on the internal improvement of pieces such as OG Anunoby, Pascal Siakam, Fred VanVleet, Chris Boucher, while complementing that with another year of Lowry and the contributions Baynes, Len, Bembry and co. can bring to the court.

A lot of next season’s success will be dependent on if the team can see improvements across the board, and next time we’ll be taking a in-depth look at what specific areas key players need to improve in.

Nice I think signing Elize Johnson would get us rhj 2.0. What do you think john

Haven't seen too much of Elize but he could slot in as a depth piece if he makes the roster! I see Bembry more as the guy that's gonna take RHJ's spot in rotation