Raptors Move On from Marc Gasol, Sign Baynes and Boucher

The Toronto Raptors’ front court rotation will be looking a lot different next season. With the departures of Serge Ibaka and Marc Gasol to the Los Angeles Clippers and Lakers respectively, the Raptors picked up Aron Baynes and re-upped Chris Boucher.

The Raptors headed into 2020 free agency with a clear goal. Re-signing Fred VanVleet was the top priority for the team, and they were able to do so. The futures of both Gasol and Ibaka in Toronto were clouded. For Gasol, he is still an impactful defender and one of the best playmakers out of the post in the entire NBA, but he had trouble getting his shot to fall throughout the entire season.

The interest around Serge Ibaka was considerably larger due to him being younger than Gasol, and much more productive on the offensive end.

Aron Baynes and Chris Boucher project to slot right into the roles Ibaka and Gasol left. Baynes will likely be the starter on day one. The New Zealander averaged 11.5 points, 5.6 rebounds, and shot 35.1% from three last season for the Phoenix Suns. Baynes started 28 games for the Suns, and put up his numbers in an average of 22.2 minutes a game. 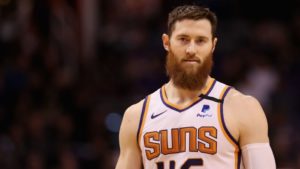 In Baynes, the Raptors are getting a solid three-point shooter, who’s also known for his ability to crash the glass. On the surface, he seems to fit the bill for what the Raptors want their players at the centre spot to do.

Boucher is a player the Raptors are very familiar with. This past season, Boucher averaged 6.6 points, 4.5 rebounds, and one block in 13.2 minutes a game. Raptors fans over the past two years have clamoured for the Montréaler to get more playing time, and his per 36 numbers (18.1 points, 12.2 rebounds, 2.7 blocks) suggests he could be a productive option in large spurts.

These signings are a big opportunity for both players, as the Raptors are extremely thin at the centre position. Dewan Hernandez is the only other centre on the roster. Big minutes are on the line, and both Boucher and Baynes look ready for the challenge

Losing out on Gasol and Ibaka, while not ideal from a Raptors perspective, isn’t the end of the world by any means. The reigning Coach of the Year, Nick Nurse, has proven throughout his tenure in Toronto, and throughout his career as a coach, that he can maximize the potential of any roster put in front of him.

Ultimately, Gasol and Ibaka weren’t part of the Raptors future moving forward. With VanVleet’s signing, along with drafting Jalen Harris and Malachi Flynn, Toronto’s eyes are set with 2021 free agency in mind.

VanVleet’s contract takes a slight dip after the first year, (8% dip, according to Sportsnet’s Michael Grange) and Baynes and Boucher’s deals aren’t guaranteed beyond this upcoming season.

The only other contracts the Raptors will have on the books heading into 2021 free agency are Pascal Siakam’s $31 million, along with Dewan Hernandez and Matt Thomas’ rookie deals. 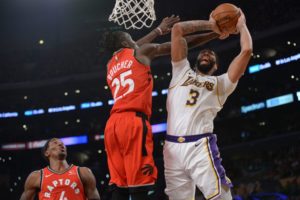 It’s no secret that the Raptors are positioning their cap space for the 2021 free agency class, which will feature the likes of Giannis Antetokounmpo, Kawhi Leonard and Paul George (if they choose to opt out of their player options), Rudy Gobert, and LeBron James (player option).

It’s also even less of a secret that the Raptors are targeting the reigning league MVP, Giannis Antetokounmpo. The big question left to address is what’s the contingency plan if Giannis chooses to sign the supermax deal with Milwaukee this offseason.

Nonetheless, the Raptors have taken a more lowkey approach to free agency in the past couple years. Most signings were under-the-radar signings, that had the Raptors Twitter community crying out for a bigger name to be signed. But that has never been the approach of Masai Ujiri and Bobby Webster.

Ujiri and Webster will pick up players that best fit in with the roster, the defensive and offensive schemes, and the team’s culture. While the jury’s out on whether Baynes and Boucher are exactly a perfect fit, you can count on the fact that Ujiri and Webster haven’t had many misses in free agency, and that Coach Nurse will do his best to get the best out of his new centre rotation.

Good read JP, what about Alex Len and Paul Watson ?