Five Most Influential Basketball Shoes from the 80’s

The 1980’s seem like such a simple time compared to our modern everyday lives. On the surface, the 80’s seem like a great time to be alive. Classic movies were being churned out year after year. It was normal to grow up absent from screens constantly controlling your life. Video games were simple. People could actually go outside!

Still, growing up in the 80’s meant you were constantly anticipating the potential end of the world due to the threat of nuclear war and the mutually assured destruction that would come from it. Duck and Cover is a song that never left my stream of consciousness, despite not even growing up in the 80’s.

One listen to the song in high school was enough to make me understand the seriousness the nuclear threat had during those times.

But the truly great thing about the 80’s, almost undeniably, were the shoes that came out during the era. The 80’s was the era that saw brands really start to innovate, both in the designs and technology being implemented in their products. Shoes were no exception.

Here are five influential sneakers of the 1980’s. These sneakers have ultimately stood the test of time, and are still immensely popular today.

The Nike Dunk is once again popular in 2020, but once upon a time, even before its emergence as a skateboarder’s go-to, it was a true performance shoe basketball players wore on the hardwood. The Dunk was meant to be a follow-up to Nike’s previous successful model, the Nike Air Force 1. 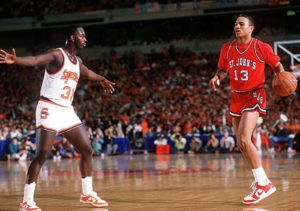 Legendary Nike Designer Peter Moore took design cues from the then-recently released Air Jordan 1, along with the Nike Terminator to create the Dunk.

Nike took the model, and came up with their “Be True to Your School” campaign, which capitalized on the ever growing popularity of college basketball. They released several different colorways specific to different schools, and it was a massive hit.

In 2020, the Dunk has re-surfaced as one of the most popular sneakers among the general public. Travis Scott has played a part in the model’s resurgence, and Scott ultimately set the trend for many others to follow. 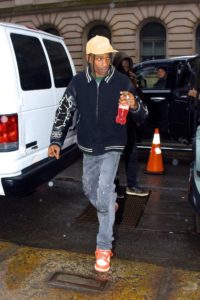 The most famous signature sneaker line of all-time was brought to life in the 80’s. Michael Jordan, fresh off a successful collegiate career at Chapel Hill, was looking to sign a sneaker deal as he entered the NBA. As re-told in The Last Dance, Jordan initially wanted to sign with Adidas or Converse, and both were not interested in giving Jordan a signature sneaker deal.

That led Jordan to Nike, and the rest is history. The Jordan’s of the 80’s in particular are some of the most beloved sneakers in the entire line.

The Jordan 1, which originally released in 1985, was like a nuke that sent shockwaves across the sneaker industry. There was just something about the sleek, eye-catching design, that made the sneaker as popular as it was. It of course helps that Jordan was a great player in the NBA.

Shaquille O’Neal often cites Jordan as the “hip-hop version of Dr. J,” and the Jordan 1 embodies that statement fully. 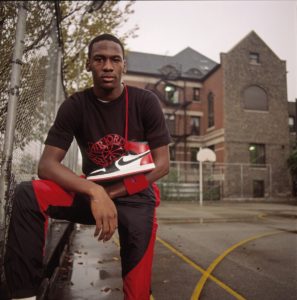 Following the Jordan 1, the 2’s dropped in 1986. The sneaker wasn’t nearly as popular as the Jordan 1, most likely due to Jordan being sidelined in his second year due to a foot injury. The 2 was the first Jordan sneaker to be manufactured in Italy with high quality leathers and materials that brought a more luxurious feel to the sneaker. 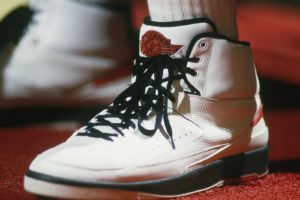 And just as quick as Jordan’s sneakers rose to popularity, the 2’s completely killed the momentum. Michael Jordan was on the verge of leaving Nike due to frustrations surrounding the design of his sneakers, as well as the on court comfortability.

Saving both Nike and Jordan’s deteriorating relationship was the now-legendary Designer Tinker Hatfield. Tasked with designing the next model in the Jordan line, Hatfield sketched and designed the Air Jordan 3. It was the first basketball sneaker from Nike to introduce a visible air bag in their design. 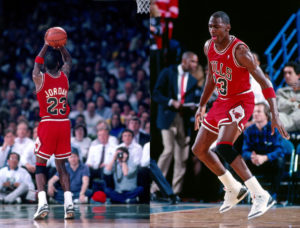 After seeing the design of the Jordan 3, MJ decided to stay with Nike, and then they all made a ton of money. Jordan stated himself that the 3’s are still one of his favourite models throughout the entire signature line.

The success of the 3’s was so great, that people began to anticipate what the fourth Air Jordan sneaker would look like. Hatfield was once again tasked with designing the next Jordan sneaker, and he came up with the iconic design of the Jordan 4. MJ had one of his best seasons in the 4’s, famously hitting “the shot” over Craig Ehlo to advance against the Cleveland Cavaliers in round one of the 1989 playoffs. 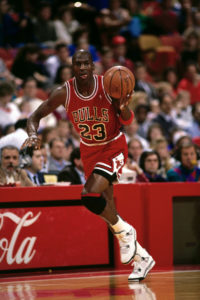 Jordan releases have been a staple of Saturday routines for many years now. The likes of Kanye West, Travis Scott, and various other celebrities have been seen wearing J’s.

Jordans have recently become extremely popular again after the release of Jordan’s documentary in spring 2020.