Questions that Need Answering Sooner Rather Than Later

The 2020-21 NBA Season is one that brings a whole different level of uncertainty. Given that the league is insistent on trying to get things as close as they can to normal, expect many hurdles that need jumping over, and a lot of questions that need to be answered.

The league will have to sort out all the bells and whistles, and granted, they will have to do so in a short amount of time, with the season set to start on December 22.

How Will the League Implement Fans Safely? 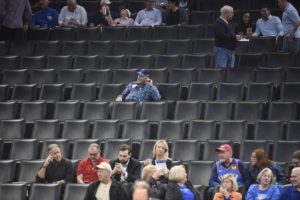 The absence of fan spectators at games is a big part of revenue losses this past season. Ticket revenue usually makes upwards of 20%+ of total revenue the NBA makes, with 2018-19’s ticket sales making up 22.09% of the league’s total revenue.

The NBA desperately needs fans back in the stands to help deal with the financial losses of 2019-20, a season that lost ticket sales for nearly half of the total regular season games, and all of the playoffs.

With this in mind, how will the league decide to implement fans back into arenas across the US, and potentially in Toronto? We already know that the league is planning on having 25%–50% fan capacity attending games.

Will the league decide to have temperature checks at the gates or entrances of every league arena? Can the league impose a “mask at all times” policy for fans in the arenas? How far apart will fans be spaced between one another in the rafters? All these policies seem like sure fire possibilities as The Athletic’s Shams Charania reported.

Sources: The NBA aims to have arena suites open to fans at 25-to-50 percent capacity for 2020-21 season tipoff, based on local regulations. An amount of fans — under protocols such as masks, social distancing and coronavirus testing — is a goal to start season.

How will the league deal with fans that are not compliant with the policies they set? There are a surprising amount of people believe the global pandemic is a hoax, and the league will have the responsibility of keeping everyone in the arena safe from potential COVID-19 transmission.

How Can Players Be Protected? 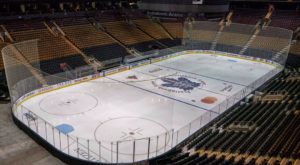 Aside from the fans, another question that comes to mind is how will players be protected with fans now being ushered back in to arenas?

It seems like courtside fans may not be possible under social distancing requirements, and based on that notion, it is more likely we won’t see fans seated near the in-arena staffers and television broadcast stations, or possibly even in lower-bowl seating in general.

Is it possible we see glass barriers, similar to the NHL, implemented in NBA arenas to keep the possibility of fan-player infection down?

If the league were to go in that direction, the glass would have to be placed considerably farther away from the court than how the NHL places the glass close to the ice, especially with NBA players often hustling out of bounds for a loose ball.

With the league preferring in-market play aside from hosting another bubble, teams travelling between markets seems inevitable.

The league and players will also carry greater responsibilities in keeping virus transmission to a minimum while travelling, as teams will be travelling in bigger parties, and the league will have to work with local airports and bussing companies to keep teams from public terminals. 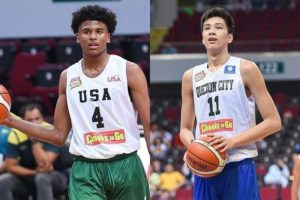 The 2020-21 G-League season may not happen, according to a report by the New York Post’s Marc Berman. This was initially reported back in October, and in September, Shams Charania reported that a G-League tournament in a bubble environment was in the talks stage.

It’s now November, and there hasn’t been any reported development on what the NBA will do with the G-League this season. The G-League plays a large role in the grand scheme of the NBA, as it serves as a developing ground for many NBA prospects and hopefuls.

The G-League is often utilized by many franchises to further develop talent, and in recent years we’ve seen the emergence of players such as Pascal Siakam, Fred VanVleet, Robert Covington, and Danny Green, all who’ve spent time in the G-League (formerly the D-League from 2005-2017).

Most recently, the G-League was also set to be the place for elite NBA prospects such as Jalen Green, Jonathan Kuminga, and Kai Sotto to play in under the G-League Select Team “Ignite.” Instead of going on the traditional path of heading to the NCCA to play college basketball, these players and the G-League are paving the way for new avenues to reach the NBA.

With the G-League season potentially not happening this year, a lot of players coming into their rookie years, along with other players in the G-League would be losing out on a year of playing in a professional setting. For some teams and players, losing out on that one year certainly hurts.