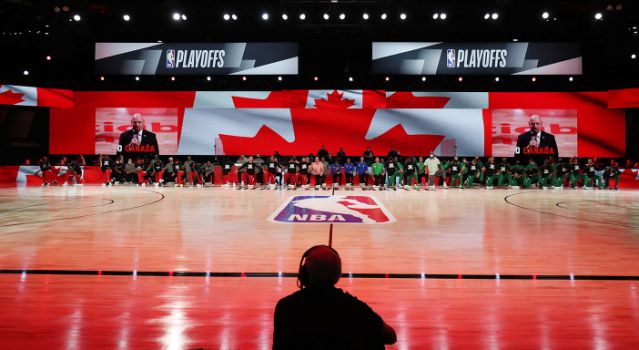 The Toronto Raptors were denied permission to play their home games north of the border.

So, it was time to make a decision.

The Raptors have announced that they will be playing their home games in Tampa, Florida to start their season. The games will be played at the Amalie Arena, the home of the Stanley Cup champion Tampa Bay Lightning.

“Ultimately, the current public health situation facing Canadians, combined with the urgent need to determine where we will play means that we will begin our 2020-21 season in Tampa, Florida,” Raptors president Masai Ujiri said in a statement Friday. “So we’ll be away from our home and our fans for now, they say absence makes the heart grow fonder. I’m not sure that’s possible for us — we love Toronto and Canada, and we know we have the best fans in the NBA. For now, I’ll ask you to cheer for us from afar, and we’ll look forward to the day we are all together again.”

A statement from our president Masai Ujiri. pic.twitter.com/qrnPt5MEsA

The season is slated to begin next month and will only hold 72 games as opposed to the usual 82, meaning the Raptors will play 36 of their games in Tampa.

Sorry Patty Mahomes, but no Raptors for you in Kansas City.