The golden era of Canadian basketball has been going on for quite a while now. It’s clear that Vince Carter left a huge impact on both the city of Toronto, and with Canadians who grew up around the ‘Vinsanity’ era.

Many kids chose to both play basketball and pursue the sport as a career, and now we’re seeing some of them thrive in the best basketball league in the world.

In 2019-20, Canada boasted the most international players in the NBA with 16 players on active rosters to start off last season. 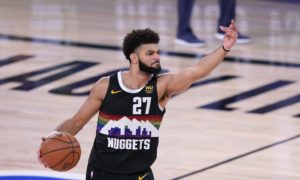 After a breakout postseason that saw him go absolutely nuclear against the Utah Jazz, while also leading his team to the biggest upset in the playoffs, the 23-year-old from Kitchener, Ontario looks to build on the momentum and blossom into the next Canadian superstar.

Murray has shown flashes of potential in the past, but until now, he hasn’t been able to sustain a level of consistency for an entire season to be considered among the league’s top players.

As a player, having the confidence of competing on a high level, at the highest level, and the experience of doing it for a couple years is a great indicator of great things to come. Murray’s done this before as shown through the Nuggets’ last two playoff runs, now all he has to do is put it all together for the length of an entire season.

His shooting and playmaking are crucial aspects to Denver’s offence, and his production is often a key factor in the team’s success. If Denver is to stay near the top of an improved Western Conference, especially after bringing back a similar roster from last season, Murray will likely be one of the reasons why the Nuggets experience continued success. 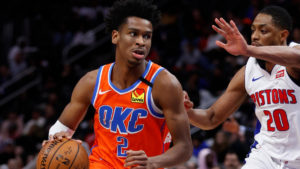 Shai Gilgeous-Alexander opened a lot of eyes last season. He was the centrepiece of the Paul George trade, and he showed his ability to be a shot-creating playmaker in Oklahoma City’s offence alongside Chris Paul and Denis Schroder.

With both Paul and Schroder no longer on the roster, SGA will be one of the main playmakers to lead the Thunder this season. He’s the team’s best scoring option, and he is a proven, efficient, scorer on lower usage.

Gilgeous-Alexander’s percentages make take a dip on offence, but expect him to take a leap in his game this year. A roster full of aging veterans and unproven young talent all indicates to SGA making a run at this season’s Most Improved Player award. 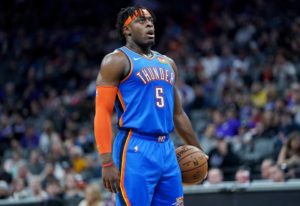 The Montrealer had an under-the-radar regular season for the Thunder as he played in 36 games. His abilities on defence as a disruptive on-ball specialist helped him crack the rotation for then Head Coach Billy Donovan, and Dort really began to breakout in the playoffs.

In the Thunder’s first round matchup against the Houston Rockets, Donovan went to the undrafted Dort, giving him one of the toughest assignments in the NBA: slow down James Harden.

Dort was extremely effective in slowing down the former league MVP, making him look fairly uncomfortable on the court at times. For the same reasons as SGA, Dort looks to be in position for a breakout sophomore campaign, as many of the established veterans from last year’s team are now gone.

He should be able to get more minutes this season, and if he can show an improved proficiency from range, Dort becomes one of the most intriguing 3-and-D players in the league. 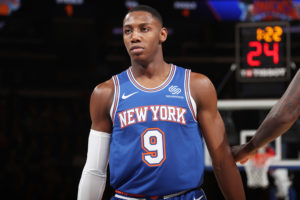 RJ Barrett had an underwhelming rookie season after entering the year as one of the most hyped prospects of his draft class. Barrett averaged 14.3 points, 5 rebounds, and 2.6 assists on while shooting a lacklustre 40.2% from the field. His three-point shooting and free throw shooting particularly disappointing, as he shot 32% from three and 61.4% at the charity stripe.

With a lot of time in-between the conclusion of last season and the start of the upcoming one, Barrett has gotten nearly nine months to work on his game.

The Knicks roster quality is still similar to last season, which should give Barrett room to operate with the ball in his hands as both a playmaker and a primary scoring option. An uptick in efficiency would certainly benefit Barrett, and it will be intriguing to see how Head Coach Tom Thibodeau pushes the Maple Mamba on the defensive end.

After being left off the All-Rookie teams, Barrett is likely looking forward to proving the doubters and nay-sayers wrong this season, and for that reason, he’s worth keeping an eye on.