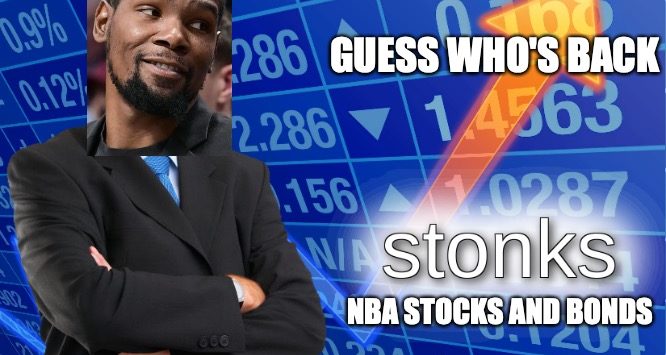 The NBA is back in full force. Many teams and players are making statements on the court, and here are some early observations that could be slight overreactions come mid-season.

The Brooklyn Nets are pretty good at the whole basketball thing 📈 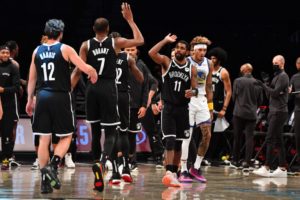 Through two games, the Brooklyn Nets have scored 248 points against the Golden State Warriors and the Boston Celtics. Kyrie Irving and Kevin Durant look spectacular in Brooklyn’s fast paced, shooter heavy offence, and players such as Caris LeVert, Joe Harris, Spencer Dinwiddie, and Jarrett Allen have all settled into roles fairly comfortably.

This was a team that made the playoffs a season ago with both Durant and Irving missing a majority of the season, so it almost comes as no surprise that the Nets started out as hot as they have.

The only teams in the league that can hope to match them besides the Bucks are the two teams out in LA. It’s safe to say if you didn’t hop on the Nets bandwagon before the season, it might already be too late!

The Toronto Raptors still got problems in the half court 📉 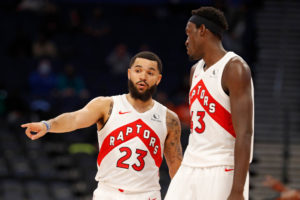 Due to the struggles, the subject of trading for a legitimate shot-creator has continued to be a hot topic among many of the Raptor faithful. Names such as James Harden and DeMar DeRozan have been thrown around, and the Raptors have even discussed a potential trade for Harden with the Houston Rockets.

Nonetheless, the Raptors will have to find an answer to their offensive woes soon, or else they could quickly find themselves in a deep hole to start out the season. 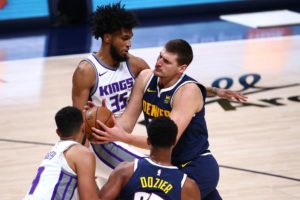 In what came as the biggest surprise to start out the season, the Sacramento Kings have started out the regular season with two straight victories, something the franchise hasn’t accomplished since 03′-04.’ De’Aron Fox is leading his team in five statistical categories (remember folks, two games), and the Kings have two nail-biting victories to be proud of.

The first came in an overtime victory against last year’s Western Conference Finalists, the Denver Nuggets, and the win came at the buzzer with a Buddy Hield tip in to seal the deal.

Following that performance the Kings held on late against the Bubble Kings, the Phoenix Suns despite solid performances from the Suns’ star studded backcourt of Devin Booker and Chris Paul.

For the first time, in a long time, things are looking up for the Kings, and they’ve made a fool out of my 29th pre-season power ranking I gave them. Shame on me for sleeping on them. 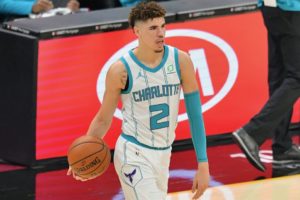 What we’ve seen so far from LaMelo Ball is just two games, you’ve got to remember that. Regardless of that caveat (and it is an important one to consider when evaluating LaMelo), the expectations going into the season for the youngest of the Ball brothers seemed truly astronomical to say the least.

For a player who heading into his first season had questions about his jump shot, his play so far has affirmed those concerns. He’s had some great performances from deep, and he’s also gone completely cold from the field in other games.

His ability to make some amazing passes is still there for sure, and he’s flashed that ability on multiple occasions, but he’s also had some head scratching unforced turnovers.

Ball has also not shown the greatest effort and attention on the defensive end of the court. Needless to say, despite the expectations and disappointment that comes with being one of the most popular young basketball players in the world, at the end of the day LaMelo is still a flawed prospect in many ways.

Regardless, Ball will still have plenty of time to improve, and it’s important to remember that all rookies this year didn’t have a summer league and experienced abbreviated preseason, making their transitions to the NBA one of the quickest processes a rookie class has ever had.