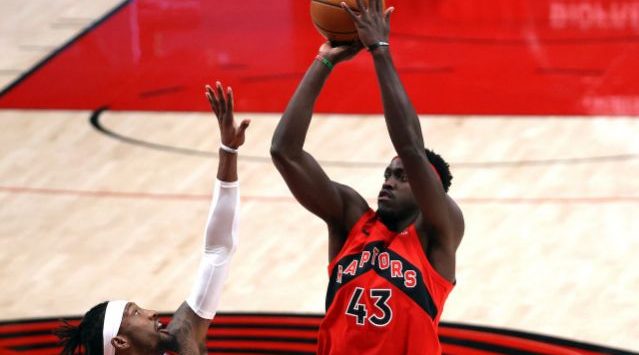 The Toronto Raptors are now 2-8 on the season after a heartbreaking 112-111 loss to the Portland Trailblazers. The Raptors were playing the second game of their back-to-back to end off their road trip, and the team has now lost two games in a row by one point.

The Trailblazers capitalized on a 12-0 run in the fourth quarter to seize momentum toward the end of the game, ultimately outscoring the Raptors 36-25 in the final quarter of action.

Nick Nurse spoke to the media after the game, and spoke on the Raptors’ late collapse.

“I thought our guys were fighting really hard, I just think they got some big shot makers and they just made a whole bunch, there just wasn’t any misses out of em, even on some pretty good defensive rotations out, and they just hit one after another after another,” said Nurse.

Pascal Siakam has strung together a couple great all-round games as of late, and that trend continued against Portland.

Siakam recorded his first-career triple double, finishing with a stat line of 22 points, 13 rebounds, and 10 assists. Siakam had a chance to win the game at the buzzer, but couldn’t convert on a spin hook in the lane against the Portland defence. 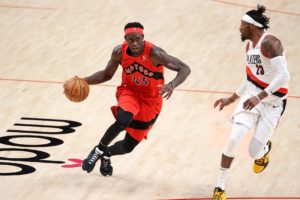 After the game, Siakam expressed his thoughts on the road trip as a whole.

“We played a lot of good games, fought, the guys did everything, we fought hard trying to get wins, and come down to a couple of possessions here and there, its tough man. Yeah, if we made a couple shots you know, we’d look like a different record right now, but you know I think how I look at the record right now, it’s kinda tough. We need those wins back and we can’t have them back,” said Siakam. 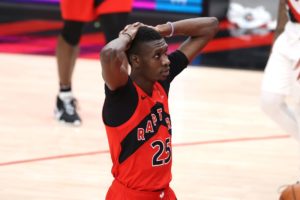 Kyle Lowry and Fred VanVleet were rather quiet on the floor, as the duo shot under 31% from the field, and from three.

For the Blazers, CJ McCollum led the way with his 30 points on an efficient 10-for-19 shooting night from the field, including hitting 5-of-11 three point attempts.

The trio of McCollum, Damian Lillard, and Carmelo Anthony combined for 73 of Portland’s 112 points on the game.

“The darn ball won’t bounce our way. That’s the third game this year where one’s gone in and out at the buzzer on us. Hopefully it’s going to balance out as the season goes here a little bit,” said Nurse.

The Raptors will look to put their road trip behind them as they return ‘home’ to Amalie Arena to face the Charlotte Hornets Thursday night.