Nets Get their Big-Three, Houston ends up with A Lot of First-Rounders

A James Harden trade seemed on the horizon. The Athletic’s Shams Charania reported Wednesday afternoon that a deal seems imminent, with the Rockets “sifting through finalists – Nets and 76ers,” in order to get a deal done soon. This comes after Harden’s postgame comments that further expressed his desire to be moved.

The 76ers and Nets looked to be current front-runners to land Harden, and the Nets came out on top, landing the former MVP.

The deal ultimately came together as a four-team transaction, as there weren’t many players on the roster (aside from Kyrie Irving and Kevin Durant) that are making Harden-type money, making the matching of salaries a little bit difficult without having other teams come into the fold, but certainly not impossible.

The Nets had three young players that would surely be included in a potential deal; Spencer Dinwiddie, Caris LeVert, and Jarrett Allen, with Allen and LeVert ultimately being included in the deal. 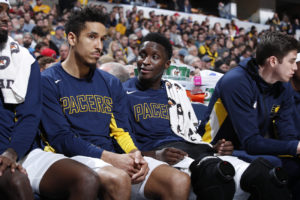 The Rockets get back Victor Oladipo, who will serve as Harden’s interim replacement at shooting guard and also adds value as an expiring deal heading into the offseason.

If you’re the Rockets, this is by-far a great trade that sets them up for a rebuild over the next couple years. With Oladipo’s deal coming off the books after this season, and the war-chest of draft picks acquired from Brooklyn, the future is once again bright in H-town. 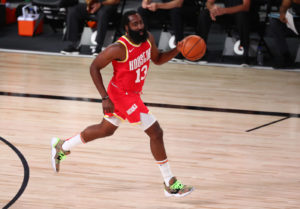 The Nets have now completed their latest big-three trio of Kevin Durant, James Harden, and Kyrie Irving as they look to compete for an NBA championship this season.

In an Eastern conference that hasn’t had a truly dominant contender emerge as of yet, the Nets make a power move to push past their competitors.

While the deal looks great in the short-term, and could ultimately result in an NBA championship, the Nets nearly mortgaged their entire future in the 2020s with all the draft picks they’ve parted ways with. Unfortunately for the Nets, this is what a superstar costs in today’s NBA.

Time will tell how badly this trade ages, but in the immediate future, Brooklyn’s likely going to compete for the Larry O.B. this year. 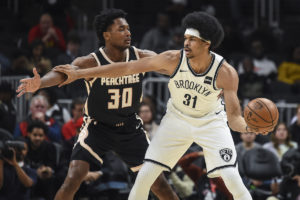 The Cavaliers will receive promising big man Jarrett Allen and forward Taurean Prince. Allen looks to be a somewhat awkward fit alongside Andre Drummond, which could signal a potential Drummond trade on the horizon.

With the acquisition, Allen looks to improve the Cavs’ interior defence, while also potentially getting the chance to showcase more of his underrated and under utilized playmaking ability. Prince brings some solid three-and-D play either in the starting lineup or off the bench which should further the Cavaliers’ depth.

All signs point towards the Cavs capitalizing on their decent start to the season as they push for their first playoff appearance since LeBron James’ two departures from the franchise. 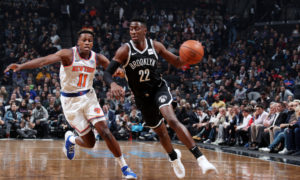 The Indiana Pacers are able to move off of Victor Oladipo’s expiring deal and swapped it for Caris LeVert, who should be able to help a Pacers squad that has looked strong to start the season.

LeVert isn’t as dynamic of a scorer compared to a prime, healthy Oladipo, but LeVert should be able to provide a similar skillset of shooting and playmaking to the Pacers’ rotation.

Considering Oladipo was likely to test free agency and leave the team, receiving LeVert who is under contract is a massive win for the Pacers.