Jumpman Releases For Quarter 1 of 2021

Jordan’s were some of the most sought after commodities of 2020, with the brand’s popularity once again reaching new heights following the airing of The Last Dance documentary series detailing Michael Jordan’s last season with the Chicago Bulls.

Building on that momentum, Jordan Brand is bringing some strong releases for the first four months of 2021. Here are some of our favourites. 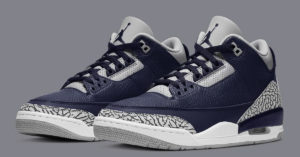 The Jordan 3 Midnight Navy comes in as the first Jordan 3 to release in 2021, and after a strong lineup of threes dropping in 2020, the Midnight Navy’s look to add to the repertoire of recent retros for the iconic silhouette.

Inspired by the Georgetown Hoyas PE, the Midnight Navy’s feature the primary colours of the school, navy and wolf grey. It’s also worth noting that these 3’s will have the re-worked shape that closely resembles the OG 88′ pairs of Jordan 3’s. The Midnight Navy’s are set to drop on January 15th and will retail at $190 USD. 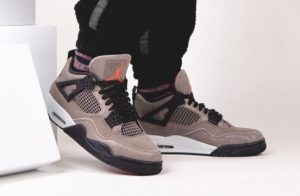 The “Taupe Haze” 4’s come in at a $200 USD price tag, but this sneaker has become a highly anticipated release among many sneakerheads due to its resemblance to a pair of Travis Scott 4’s made exclusively for Travis himself. 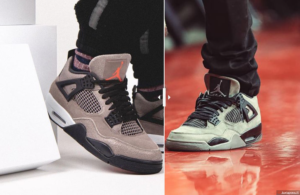 Brown is also a shade not often utilized in a pair of Jordan’s, making the Taupe Haze 4’s all the more unique. This pair will be releasing on January 28th at all major sneaker retailers. 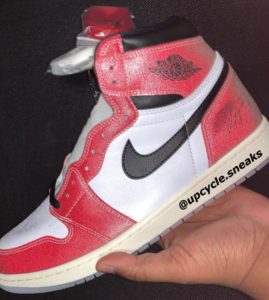 The Trophy Room Jordan 1’s could be the first of many high profile 1’s to release this year, and this pair in particular brings some exclusive details to the silhouette.

In collaboration with Jordan Brand, Marcus Jordan’s shop Trophy Room puts a new-age twist on the iconic Chicago 1 colour blocking. The shoe also features an off-white midsole, giving the shoe a vintage aesthetic, while also featuring Michael Jordan’s signature on the heel of the sneaker.

The Trophy Room 1’s are rumoured to release on February 10th at select retailers with an estimated retail price of $17o USD. 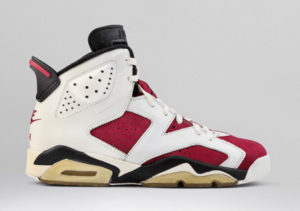 The Carmine 6’s are making a return for the first time since 2014. The year of 2021 also marks the 30th anniversary of the Jordan 6, making the return of this iconic sneaker all the more timely.

The pair is rumoured to be returning in true-OG form, and will feature Nike Air branding on the heel of the shoe similar to recent retros of OG Jordan 6 colorways.

The Carmine 6’s will make their official return on February 13th with an estimated retail of $200 USD. 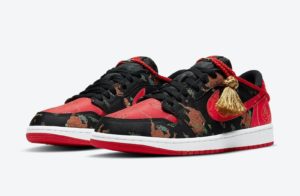 The Chinese New Year Jordan 1 Lows will retail at a $130 USD price tag. 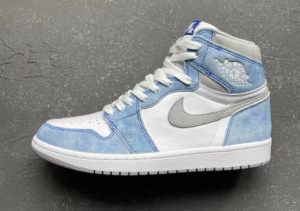 The sneaker is highlighted by a sky-blue cracked suede material, and brings a unique look that isn’t often found among Jordan 1 releases.

Releasing on April 17th for a retail price of $170 USD, this pair releases just in time for spring weather. 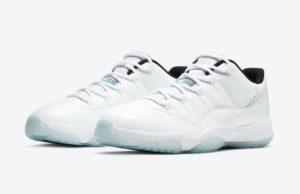 The Legend Blues come back in 2021 in low-top form. Featuring the all-white upper and patent leather, along with the legend blue outsole, this release will be the first iteration of Legend Blues to release since 2015 when the highs were last released.

The Legend Blue Lows will be back at retailers on April 24th, retailing for $185 USD.