Too Early to Panic

Don’t Hit the Panic Button Just Yet, the Raptors May be Okay

The Toronto Raptors picked up their first win of the season against the New York Knicks, and while a win is a win no matter who you face, the cruel reality of sports is that not all wins are equal. It took an ice-cold shooting night from the Knicks (3/36 from three) for the Raptors to take the victory, even though the box score doesn’t always tell the entire story of the game.

Pascal Siakam was benched for “disciplinary reasons” as reported by The Athletic‘s Sham Charania, and admittedly, both Siakam and the Raptors haven’t looked quite like themselves through four games. The Raptors are currently dead-last in offensive rating per basketball-reference.com, and the 0-3 start to the season has caused much panic and dismay among the Raptor faithful.

While there have been reasons to be concerned, or even worried, the Raptors might just be okay if we take a look around and understand the team’s circumstances and trends around the league which could factor into the Raptors’ current struggles. 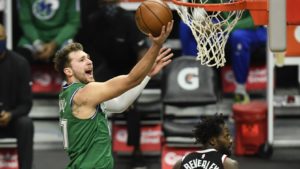 If we take a look at league standings in the Eastern Conference, teams such as the Boston Celtics, Brooklyn Nets, and Milwaukee Bucks are all currently .500 at the time of this article’s writing. The Atlanta Hawks, Orlando Magic, Philadelphia 76ers, and Indiana Pacers are all currently tied for first place in the East with 4-1 records.

Inconsistency is a given at the start of every season, and this year should be no exception. If anything, it’s even more difficult to get into some sort of rhythm to start out this season for a myriad of reasons. Fans aren’t in attendance for a majority of teams. Teams playing deep into the bubble have had some of the shortest offseasons in NBA history. Training camps and preseasons were shortened in order to accommodate a quick start to the season.

Current standings around the league per basketball-reference.com

If we take a look at some of those teams that performed in the bubble, the inconsistencies between games are evident. The Bucks for example demolish the Golden State Warriors by 39 one night, only to lose to the New York Knicks in the next game after by 20. The Dallas Mavericks emphatically defeated the Los Angeles Clippers by 51 after going up by 50 points by halftime, only to drop the next game to the Charlotte Hornets 118-99. 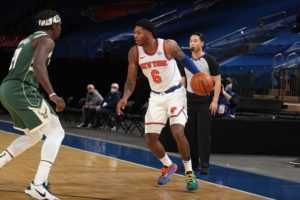 The reigning East Champs, the Miami Heat are sitting at 2-3. The Western Conference Finalists, the Denver Nuggets are at the bottom of the West right now with a 1-4 record.

Based on the inconsistencies around the league, it’s safe to make an educated guess that these standings won’t hold true all season long. If Orlando ends up being the best team playing in Florida this season, hats off to them, but reality is often disappointing.

Tampa is Home, but it isn’t at the same time

When Tampa was announced as the Raptors’ temporary home for at least the first half of the NBA season, it was normal to expect that many Raptors players and staff would be excited with the idea of playing in Tampa. Kyle Lowry said he definitely enjoys the weather down in Tampa compared to Toronto, and who would disagree with him right?

At the end of the day, regardless of how players downplay the transition to Tampa, it’s not Toronto. Fans are allowed in the Amalie Arena, but it seems like the fans in Tampa are still getting used to cheering for the ‘home team.’ It’s noticeably quiet in the arena, albeit, the Raptors haven’t given them much to cheer for as of yet. 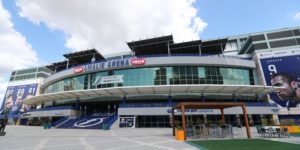 The Raptors are notorious for having some of the most vocal fans in-arena, and regardless of how locked-in you can be as a player, the atmosphere of a game heightens the level of play. Former Raptor DeMarre Carroll spoke on the Raptor crowd during the second round of the 2020 playoffs, saying that the Raptor crowd usually spots a couple points just on sheer energy.

It takes time to get into a rhythm and become comfortable with your surroundings. A new city, with new, unfamiliar fans, along with new additions across the roster. Give the Raptors time. They’ll eventually heat up on the court, and ultimately, the Raptors will warm up to playing in Tampa. Hopefully the fans reciprocate.