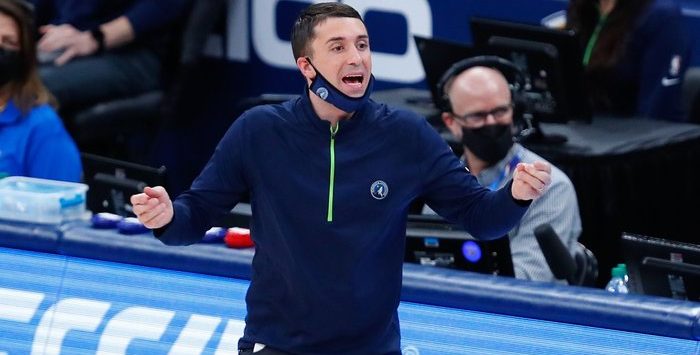 It’s not overly common, but as we’ve come to learn from the NBA, sometimes we should expect the unexpected.

Well, on Sunday evening, it happened.

As the Toronto Raptors picked up a crucial win over the first-seeded Philadelphia 76ers, news broke that the Minnesota Timberwolves have fired head coach Ryan Saunders. His replacement was immediately named to be none other than Raptors assistant and offensive guru Chris Finch.

“We would like to thank Ryan for his time and commitment to the Timberwolves organization and wish him the best in the future,” president of basketball operations Gersson Rosas said in the announcement. “These are difficult decisions to make, however this change is in the best interest of the organization’s short and long-term goals.”

Finch was in his first season with the Raptors after spending time on the bench with multiple NBA teams and even coaching in the G League. He was the associate head coach for the New Orleans Pelicans last season.

“Hiring a coach off another staff during the season is uncommon, but Toronto wouldn’t stand in the way of Finch’s chance to become a head coach now,” ESPN’s Adrian Wojnarowski reported. “Finch had success as a G-League head coach, and has interviewed for several head coaching jobs in recent years.”

No word from the Raptors if they will look to replace Finch at this time.