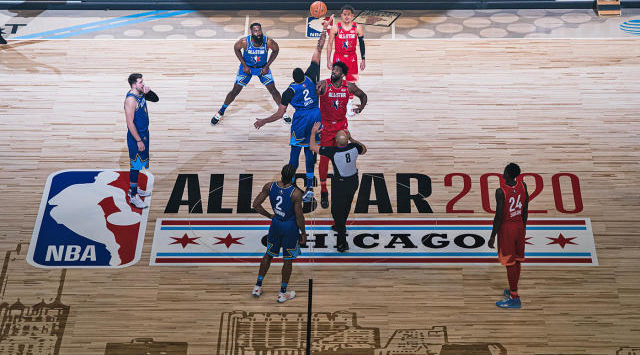 Despite Push Back From Players, NBA Determined to Play All-Star Game

Unlike past years, the hype surrounding this year’s game is non-existent. In fact, numerous players have pushed back on the league’s plan since the official announcement has been made. The NBPA agreed to the game, but the discontent among the league’s biggest names has been interesting to say the least.

At the end of the day, we all understand what it comes down to.

“We all know why we’re playing it,” Los Angeles Clippers’ Kawhi Leonard said on Friday night. “It’s money on the line; it’s an opportunity to make more money. Just putting money over health right now, pretty much… We’re playing games now, and it’s still a pandemic, doing all these protocols and rules, so it doesn’t really surprise me.”

Leonard is not the only NBA star to voice his opinion on the league pushing for an All-Star Weekend. Reigning MVP Giannis Antetokounmpo, LeBron James, and Kyle Lowry have all challenged the league in recent days, but ultimately understand where the NBA’s priorities lie amidst a global pandemic that has financially crippled the world for a calendar year.

No matter what the players say, the NBA will carry on with their plan.

Outside of the Conference Finals and the NBA Finals, All-Star Weekend is the league’s signature event that draws in the most revenue and fan-fair. Fan voting is already up from last season and the NBA’s broadcasting partners are heavily invested in the All-Star Weekend being a success.

“If I’m gonna be brutally honest, I think it’s stupid,” said Sacramento Kings point guard De’Aaron Fox. “Money makes the world go round, it is what it is.”

Look, this is clearly a rough look for the league to see so many of its stars players lashing out, but the NBA is still very much a business when all is said and done. The impact that COVID-19 had on the league is immense, as the NBA reportedly came $1.5 billion under revenue projections in 2020. This is compounded by the fact that the Orlando Bubble cost the NBA a whopping $200 million to carry out. Let’s not forget the financial toll that a year-long rift with the Chinese government placed on the NBA as well.

“This could turn out to be the single greatest challenge of all our lives,” Commissioner Adam Silver told the players this past summer, maintaining that the league receives 40% of its revenue on game nights in arenas.

Pandemic or not, money matters.