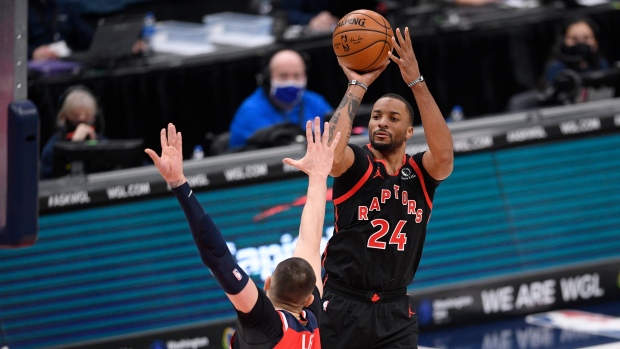 I don’t mean to alarm you, but the Toronto Raptors have a top-10 offence in basketball.

What you may find even more shocking is that their trademark defense is middle of the pack and is actually ranked 17th in the NBA.

Who is this team?

For the purpose of tonight’s post-game blog, they are the team that absolutely annihilated the Washington Wizards on Wednesday night. Behind 28 points from Norman Powell and 26 points from Pascal Siakam, the Raptors routed the Wiz by a score of 137-115.

As the Raptors play continues to look night and day compared to what it was at the start of the season, head coach Nick Nurse credits Powell for really turning things around when the Raptors needed a boost.

“I just like his decision making right now the most,” Nurse said. “He turns the corner; he explodes to the rim. He looks really confident when it gets thrown out to him. It’s like one of those deals where when he rises up you’re really expecting it to go in.

“I think it’s just helping his overall play to. I think I noticed him making good rotations on D, blocking out a little better, all those things but he certainly playing at a high, high level right now.”

Elsewhere on the box sheet, after suffering from back spasms in his last game, Kyle Lowry returned and put up an efficient 21 points. Seven players would finish the night in double figures, including three players off the bench. Most notably, Chris Boucher had yet another huge night at the office, putting up 17 points and grabbing 16 boards.

Now sitting at 12-13, the Raptors are tied with the Indiana Pacers for the 5th seed in the Eastern Conference standings and will look to continue their push on Thursday night when they take on the Boston Celtics.