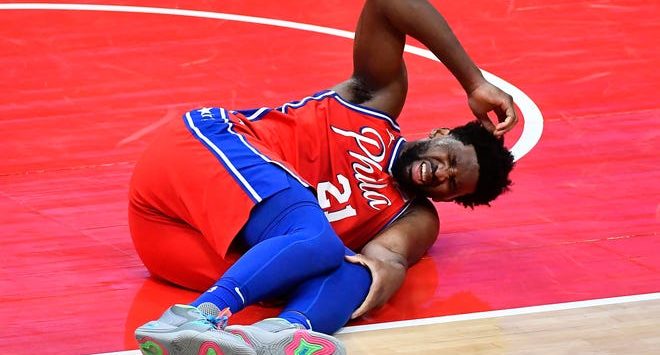 The Philadelphia 76ers could take a deep sigh of relief.

On Friday evening, MVP candidate Joel Embiid suffered what looked to be a very gnarly leg injury in the middle of the third quarter against the Washington Wizards.

After going up strong at the rim, Embiid landed awkwardly and looked to have hyperextended leg. In immediate pain, the Sixers star big man would leave the court and would not return. Thankfully, an MRI showed that the ACL and meniscus remained in tact and Embiid was diagnosed with a bone bruise in his left knee. The team expects the 26-year old centre to sit out for the next two-three weeks.

Joel Embiid went down after suffering an apparent leg injury.

He went back to the locker room. pic.twitter.com/Qd8IqC5Ric

Embiid has clearly been a huge part of the Sixers season, as Philadelphia has maintained the first seed in the Eastern Conference for the majority of the year.