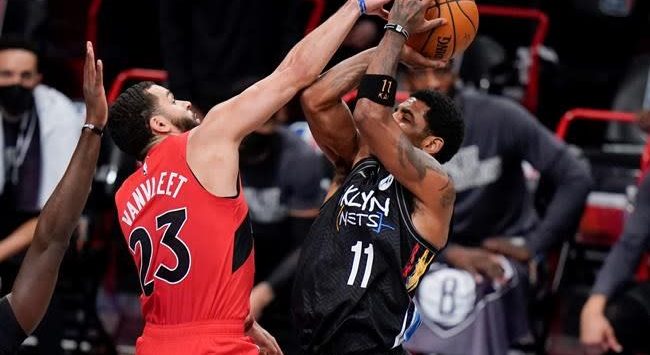 Say what you want about this team, but when healthy, the Raptors have shown flashes of legitimate potential.

Of course, health has been one of the main culprits to the Raptors up-and-down season.

That being said, things seem to be taking a turn for the better with the playoffs approaching. The Raptors are getting back to full health and on Wednesday night, they looked more like the team that we have come to know over the last half decade. Despite playing against a shorthanded Nets team, the Raptors came out ready to continue their push for a playoff appearance.

The Raptors definitely played with an edge on Wednesday.

Pascal Siakam led the way for the Raptors with 27 points, nine boards and six assists, while OG Anunoby added 25 points of his own. Meanwhile the starting backcourt of Kyle Lowry and Fred VanVleet combined for 31 points, 10 rebounds and 10 assists in the 114-103 victory.

“I think tonight our pace was unbelievable. OG [Anunoby] got us going early; he played some great defence tonight,” said Lowry following the win. “Pascal [Siakam] got into his rhythm a little bit more. Myself and Freddie [VanVleet] missed some open shots, but you know we got into the paint, and we made some shots late, but you know we just continued to get better right throughout the game.

“We knew it wasn’t gonna be perfect right away. Yeah, we’ve been teammates now a long time but you know getting myself back on the floor again, Freddie, OG, getting us all back together. You know it takes a little bit but we figured it out.”

After securing their fourth straight victory, the Raptors now move to 11th in the Eastern Conference and sit just four games shy of the eighth seeded Charlotte Hornets.

The Raptors will take on the New York Knicks on Saturday.