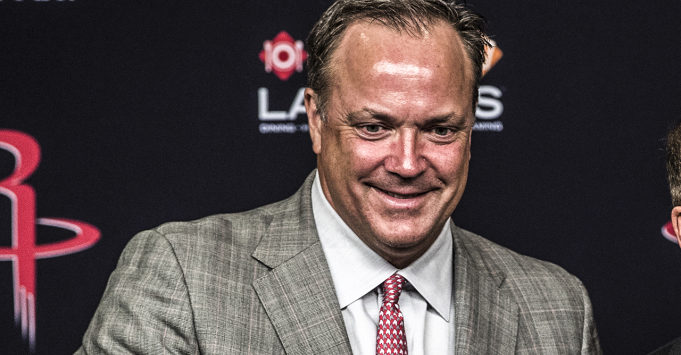 The Philadelphia 76ers are making big business moves this offseason.

This week, Harris Blitzer Sports & Entertainment (HBSE) Co-Founders Josh Harris and David Blitzer announced that Thaddeus “Tad” Brown has been named Chief Executive Officer.In his new role, Brown will look to oversee all business and growth functions for the HBSE brand, including the 76ers franchise.

“We are thrilled to welcome Tad to the HBSE family,” said HBSE Co-Founder Josh Harris. “Tad is an exceptional leader in our industry, and one with a deep passion for innovation and community engagement. With nearly twenty years’ experience leading the Houston Rockets and Toyota Center, we are confident that he will bring a fresh energy and new ideas to our teams, organization and local communities.”

We are proud to welcome Tad Brown to the 76ers family as the new CEO of HBSE.

“Tad has an extensive track record of success in the sports and entertainment industry, and we are excited to have him on board to lead our elite management team for HBSE’s next chapter,” said Co-Founder David Blitzer. “With his experience and passion for growing businesses and global brands, he is poised to continue our organization’s path forward and reach new levels of achievement.”

Previously, Brown spent approximately two decades working with he Houston Rockets, 15 years of which were spent as CEO. In 2017, Brown helped orchestrate the $2.2 billion dollar sale of the Rockets to its current owner Tilman Fertitta.

“I want to thank Josh Harris and David Blitzer for this incredible opportunity to lead HBSE in its next chapter,” Brown said. “This role not only allows me to work for innovators like Josh and David; it also allows me to work alongside some of the industry’s best talent that has been assembled across the HBSE organization. This is a world-class sports and entertainment organization that cares about the cities and fans it serves. My family and I are thrilled to begin our new journey and I’m eager to help guide HBSE to even greater heights.”

The move to Philadelphia reunites Brown with Daryl Morey who spent nearly 15 years as the general manager of the Houston Rockets from 2007-2020. Morey is currently the President of Basketball Operations for the Sixers.

A massive business move for the Sixers and one that should pay huge dividends.