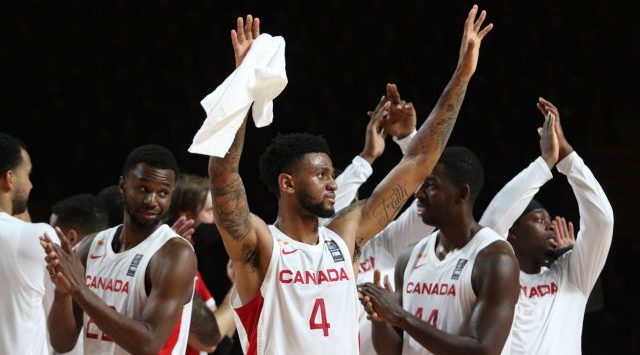 Nick Nurse said the golden age of Canadian in Basketball is here, yet here we are on the outside looking in.

Building a roster with eight NBA players, the Canadians appeared destined for their first trip to the Olympic Games in over 20 years, but their dreams were halted in cruel twist of fate in overtime against the Czech on Saturday evening.

Despite making a remarkable comeback late in the fourth quarter, the Canadians – who entered the qualification tournament as the heavy favourites – failed to hold onto a five point lead in the final minutes of overtime. The Czech Republic would punch their tickets to the qualifier finals with a 103-101 victory.

“I’m very disappointed, of course, who wouldn’t be,” said team captain Cory Joseph. “I think the whole country is disappointed.”

Andrew Wiggins with the clutch 3 off the steal to force overtime. Absolutely unbelievable 🇨🇦

The entire country is disappointed.

The stage was set too.

The qualifiers were held on home soil. The Canadians may not have had their best players – Shai Gilgeous-Alexander, Jamal Murray, or Dillon Brooks – but they built a team stronger than they ever had before, yet at the end it just wasn’t good enough. The focus will now turn to the FIBA Americas, a potential world cup berth, and the 2024 Olympics.

“These games happen too much for our liking,” said Joseph. “But it’s something we have to continue to chip at, continue to hammer the rock because FIBA’s not going anywhere for a long time.”

All that Canada Basketball can do now is learn from what has been done. While the pain of their loss to the Czech Republic will sting for a while, Canada will experience brighter days as they hope to bring together a team even more formidable in their next tournament run. With hopes of returns from Gilgeous-Alexander, Murray, Brooks, and Chris Boucher, as well as the continued growth from young budding stars RJ Barrett and Nickeil Alexander-Walker, Team Canada will surely break-through sooner rather than later.

Whether veterans Andrew Wiggins and Cory Joseph will remain for their next Olympic quest or not, the Canadians will be back again and surely strongly than ever.

But until then, the wait continues.