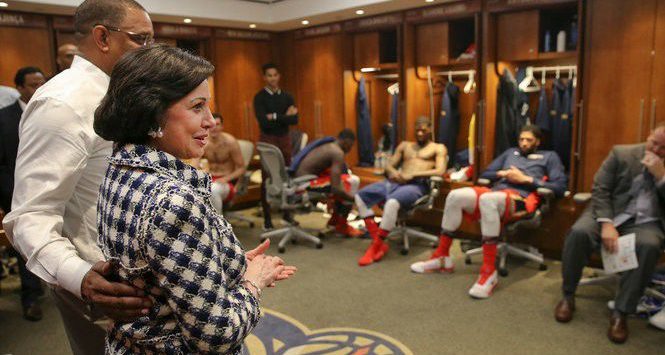 Gayle Benson is not budging from her throne.

The New Orleans Pelicans owner has been consistent in her desire to maintain control of the team until her death and insists that there are no plans of selling the organization to allow for a relocation.

That being said, there is a succession plan to sell the Pelicans after her death with all proceeds going to charities that will benefit the city of New Orleans. The same is the case with the New Orleans Saints football franchise. According to the organization, the Pelicans continue to sell out most of their games, but their no-show rate ranges as high as 25-45% for some games. That is compounded by the fact that the team brings in approximately $100 million per year less in local television broadcasts rights than it’s large-market competitors.

“There’s absolutely no way — not on my watch, not on Mrs. Benson’s watch,” said Dennis Lauscha, who is president of the Pelicans and Saints. “I was born and raised in New Orleans. It tore my heart out when the Jazz left. The last thing I want is for either of these teams to leave New Orleans. It’s not going to happen.”

The team still makes money through revenue sharing, but that has not made things much easier. Nevertheless, despite continued offers on a monthly basis according to Lauscha, Benson continues to stick to her guns.

“There is no way, as long as I’m going to be alive, that I would sell the Pelicans,” Gayle Benson added.

Tom Benson bought the Pelicans from the NBA for $338 million and the current valuation is $1.35 billion.