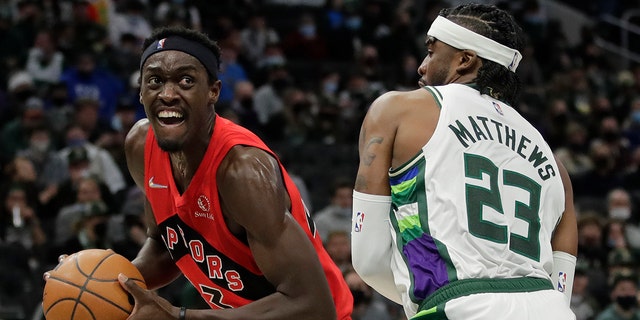 Flying up the Eastern Conference standings, the Raptors picked up their fourth straight win on the second night of a back-to-back against the shorthanded Milwaukee Bucks.

“It’s a good win, on the back end of a back to back,” said Raptors head coach Nick Nurse. “Again, it’s just wanting to see some progress with this group and figure some things out. I think the thing we figured out tonight was we didn’t have our best juices flowing, just no other way to say it than that, but it’s a long game and you hang in there and you figure out a way to get ‘em flowing.

“Then you start playing really good defensively. Again, it’s a learning thing and continue to make progress with this team.”

Playing without superstar forward Giannis Antetokounmpo, the Bucks still received a combined 40 points and 16 assists from their All-Star duo of Khris Middleton and Jrue Holiday. While it seemed as though the Bucks were able to do anything they wanted in the second half, the defensive momentum swung in the second half as the Raptors were able to take control of the game.

“It was about as two different results defensively in a game that you can have,” said Nurse. “I think the first half, when you start not doing some things well and most of it just usually stems from a readiness standpoint.

“We just weren’t running back hard enough to get set, weren’t quite getting out to shooters, we were kinda there, but not quite the way the game plan was set up. [We] just weren’t moving and active enough. There was plays right in front of us and we were kinda right there and could react very well and then it all changed. We got into them, we started getting some deflections, started swarming and flying, we started standing in more on their drives, rebounding well. We just started doing everything better and I think it just came down to some readiness and some energy that we found.”

On Wednesday, the Raptors were led by Pascal Siakam who led all scores with 33 points. Both OG Anunoby and Gary Trent Jr. added 22 points apiece while Fred VanVleet scored 19 points of his own in the win. Justin Champagnie had yet another strong game off the bench, leading the Raptors with a +16 net rating. Precious Achiuwa also stood out in the eyes of his head coach after finishing the night with six points and eight boards off the bench.

“I thought his effort was great and I think that’s really all we’re asking,” commented Nurse on Achiuwa’s play. “I think he’s going to make effective plays, he’s so big and athletic, if he’s amped up and playing hard, he’s going to impact the game. He was doing a little bit of everything and he throws in a big three. That was kind of a big momentum three there that kind of got us going, too.”

The streaking Raptors will look to get another statement win this Friday as they take on the Utah Jazz.